Waterhouse Peak offers everything that you could want in a backcountry zone. It is close to the road, it is almost entirely north facing and preserves the snow well, it has playful terrain all the way down to the meadow, as well as a relatively mellow ascent. These are the reasons that have made Waterhouse one of South Lake’s most popular backcountry zones. Waterhouse Peak is a great place to bring people on their first tour, being nearly devoid of avalanche hazards and having a relatively easy ascent pitch. Apparently, many other people share this thought, which is indicated by the well-beaten snowshoe and boot pack tracks up the skin track. Along with Waterhouse (9497’), Powderhouse (9380’) occupies the same zone and is easily linked together in the same tour. Powderhouse is the place to go for steeper glades, abundant pillows, and a less abused skin track from snowshoe traffic. Powderhouse’s rocky east bowl, as seen from the meadow, offers the most challenging descents in the Waterhouse area. Skiing north of the Powderhouse summit also affords some incredible glade skiing. In general, Waterhouse is a taller, more popular peak with great glade skiing, but does not exceed about 20-25 degrees in pitch. Alternatively, Powderhouse offers steeper, more challenging skiing and a little less traffic. 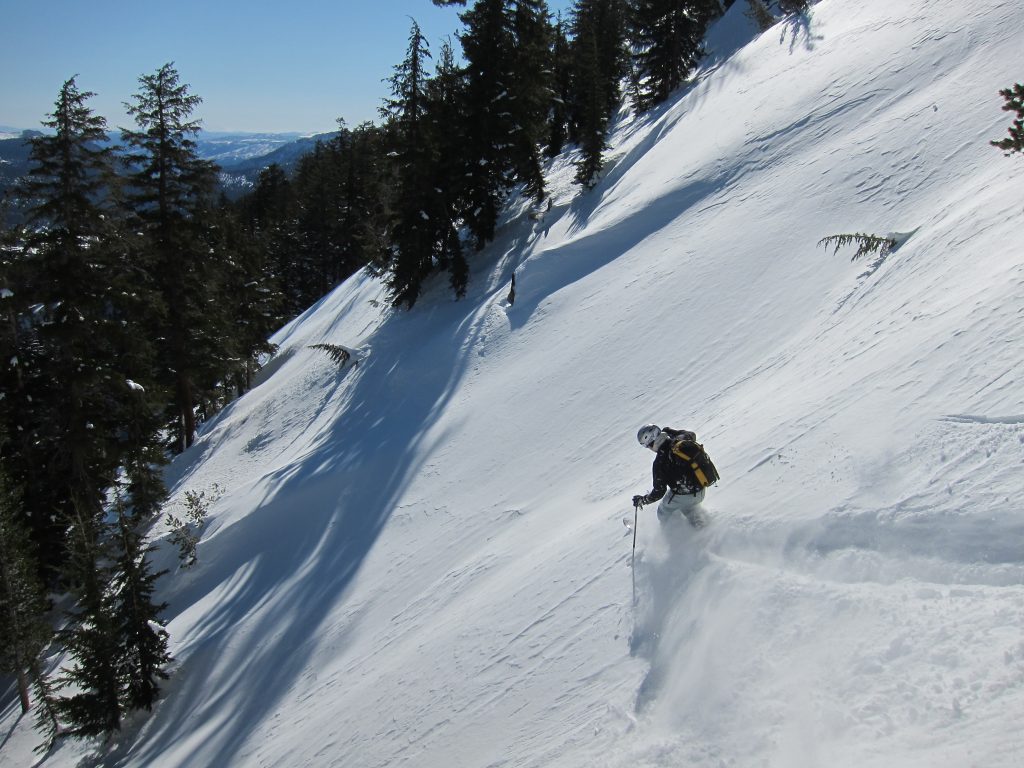 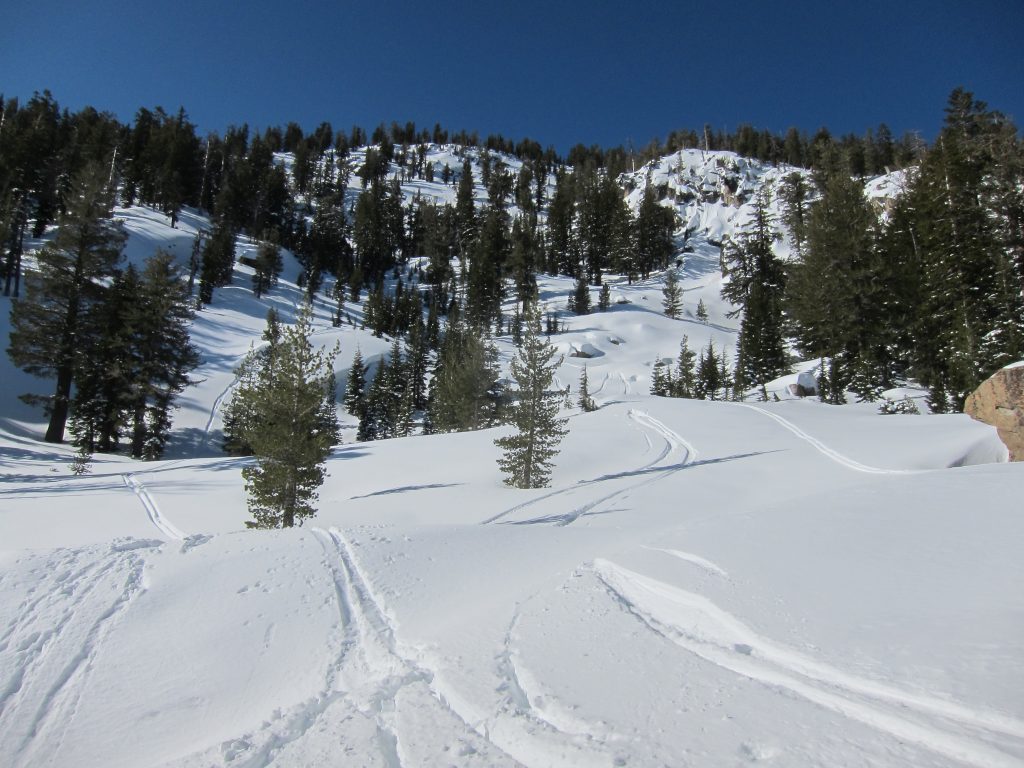 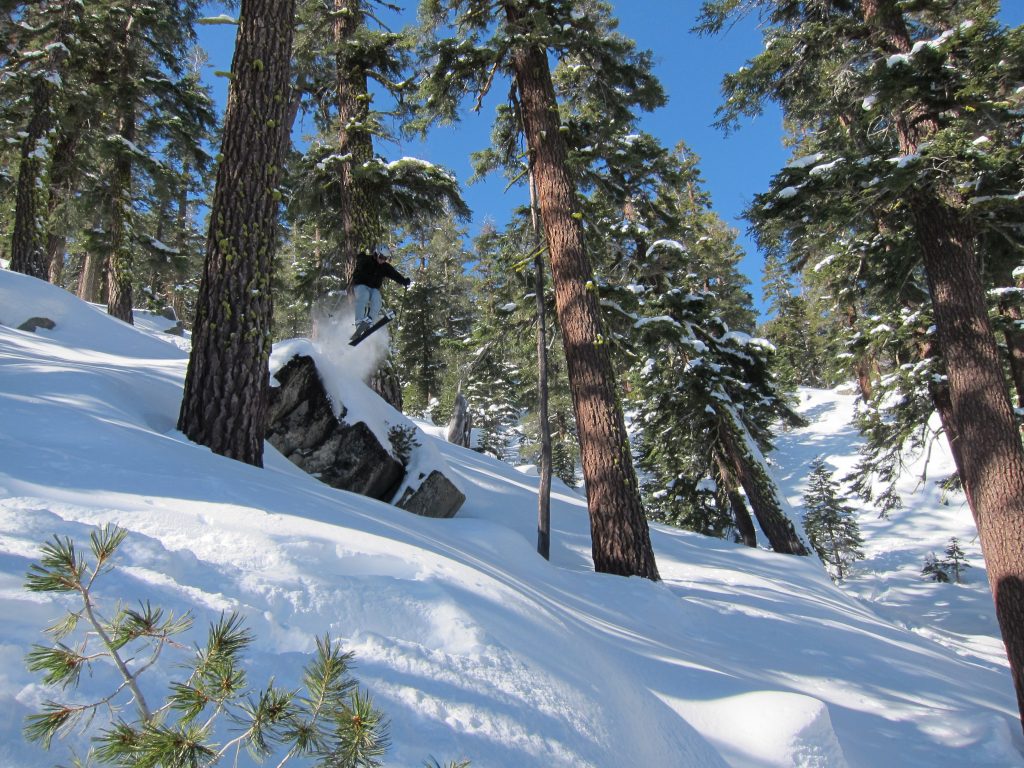 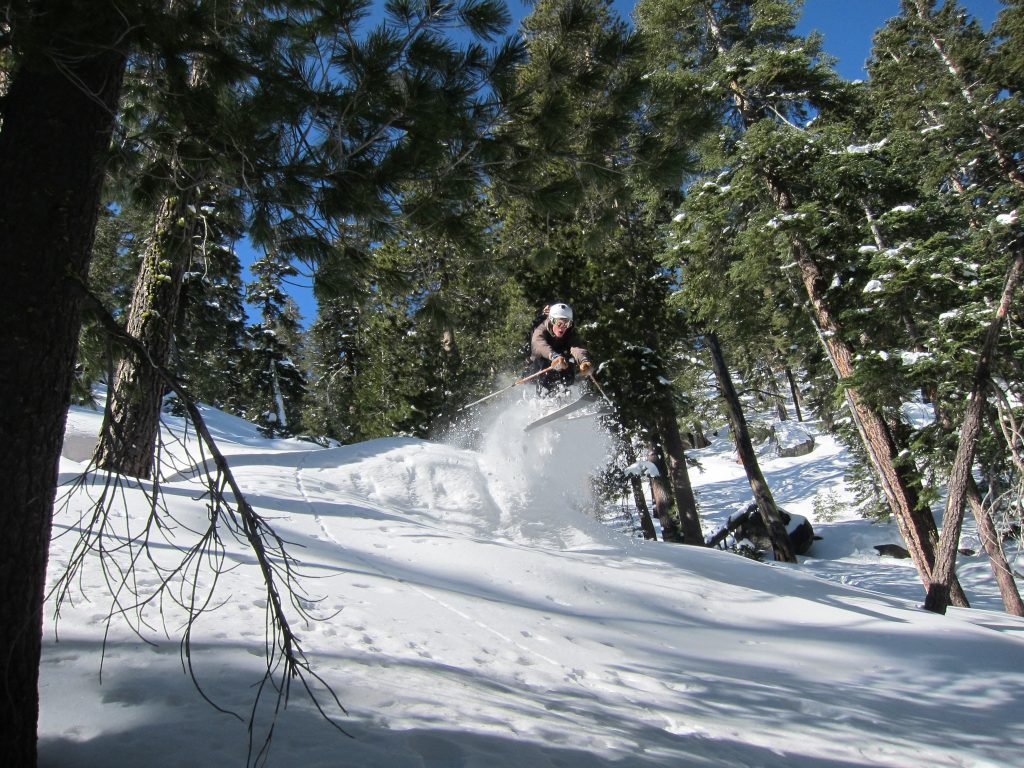 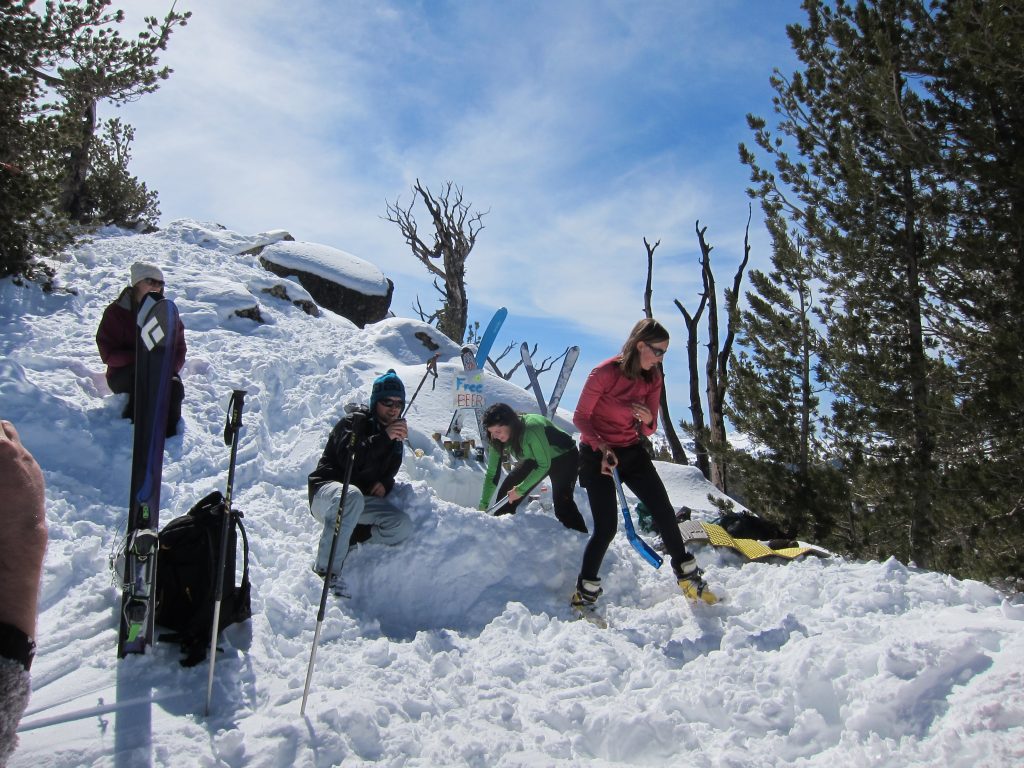 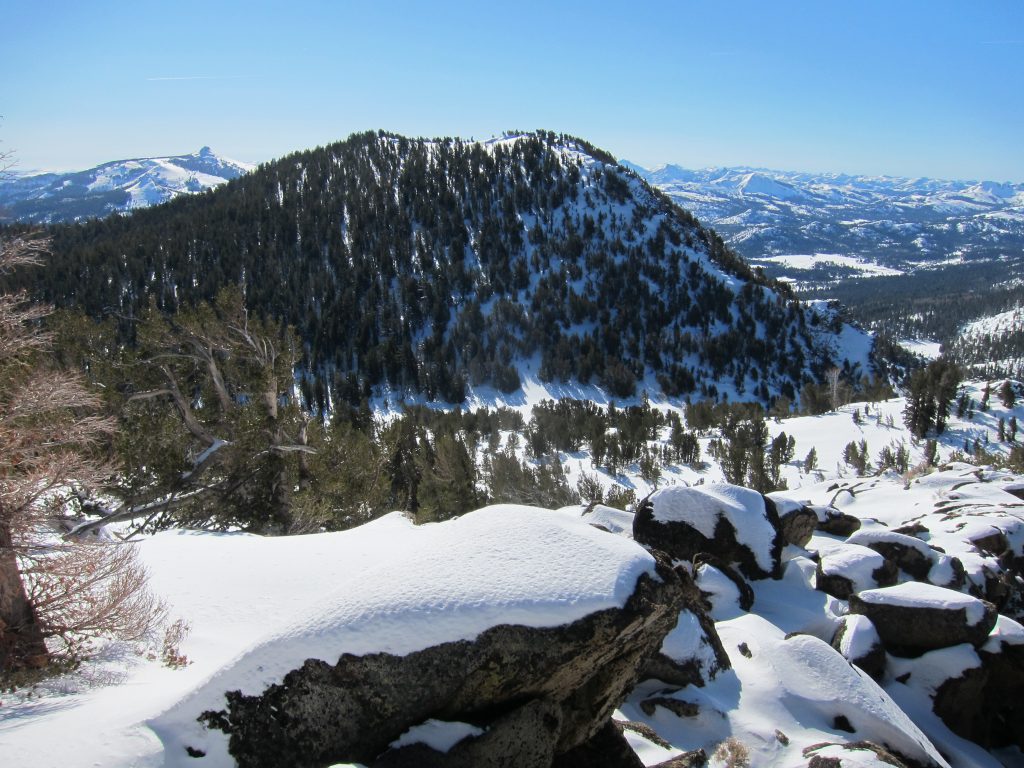 Parking for Waterhouse is found in a few different locations along Highway 89, at or near Luther Pass. From the “Y” in South Lake Tahoe, drive 4.8 miles west on Highway 50 until reaching the 50-89 junction in the town of Meyers. Turn south onto Highway 89 and drive an additional 8.5 miles until reaching Luther Pass. The main parking for Waterhouse Peak is at Luther Pass. If you plan to ski both peaks, a more central parking pullout exists about 1 mile west of Luther Pass, and another about 2 miles west for a parking option closest to Powderhouse. From any of the pullouts, skin south across the meadow. The most popular ascent routes for both peaks are to the east of their summits.