Sitting at the end of Ward Creek Canyon, Twin Peaks makes up the impressive headwall that connects Stanford Rock to the Alpine Meadows sidecountry. With its namesake double summit, Twin Peaks is an obvious landmark from high points across North Tahoe. Many skiers access this peak from the backcountry gates of Alpine Meadows, making the trek from either the Summit or Sherwood chairs. However, it can also be accessed in the traditional, unassisted manner. Twin Peaks is characterized by a central couloir and a series of large spines, most concentrated on the peaks northern flank between Grouse Rock. This zone, called “Little Alaska,” fills in nicely after large storms, and will pucker even seasoned spine aficionados. The main couloir between the twin summits is a worthwhile attraction as well, but the large, treeless runout zone beneath the peak shows us what avalanches have done in the past. Between Little Alaska and the summit, steep glades grace the Twin Peak’s eastern face, and offer a more protected descent option. Although snowmobiles are allowed into these same areas, access and parking is limited to the homeowners of Ward Creek Canyon, and therefore Twin Peaks receives less motorized traffic than other snowmobile zones. 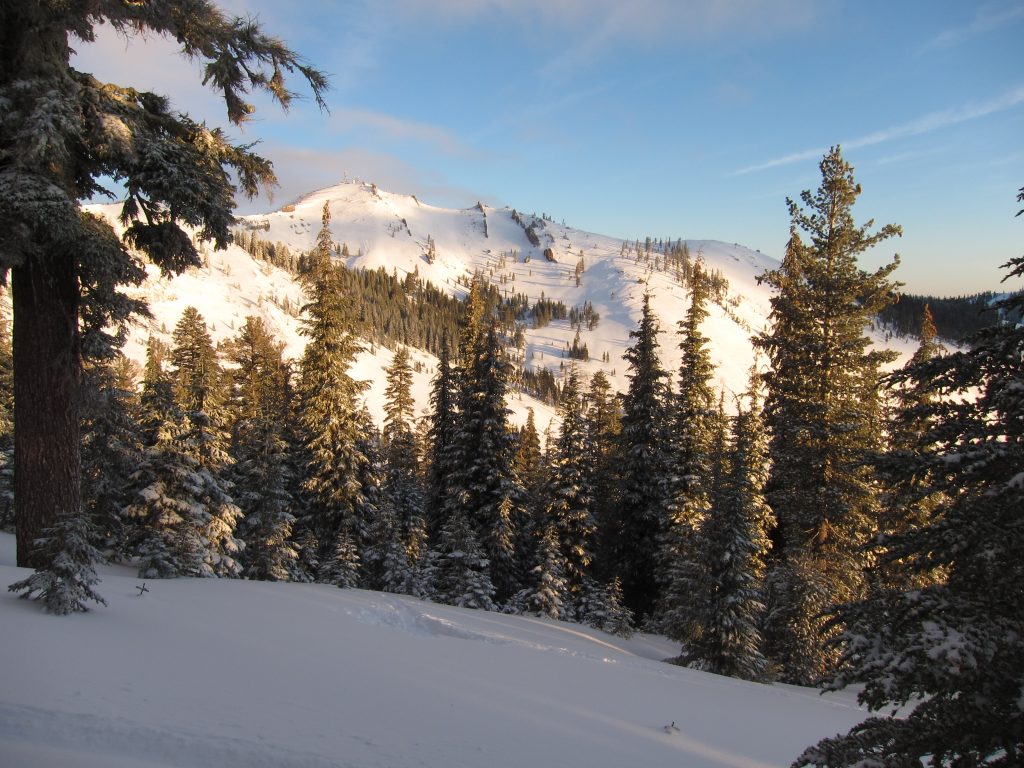 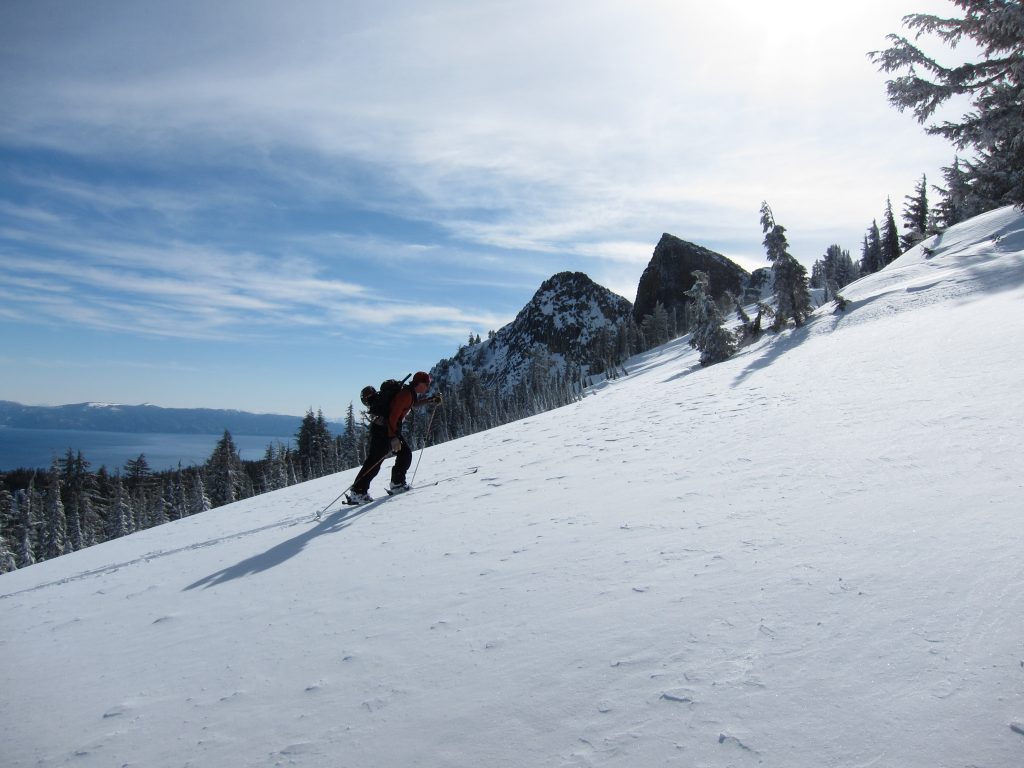 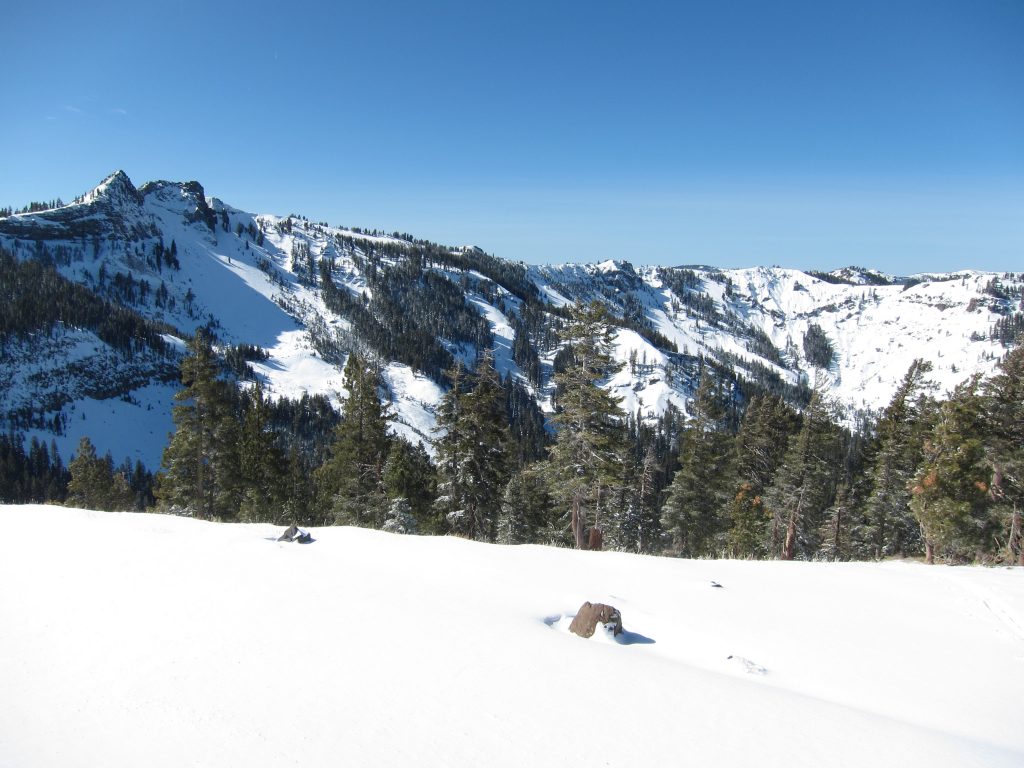 From the “Y” in Tahoe City, drive 2.6 miles south on Highway 89, and turn right onto Pineland. Veer left after 0.4 miles onto Twin Peaks Dr, which then becomes Ward Creek Boulevard, and drive 4 miles until you see the Sherwood Chair. There is a parking lot here for about 15 cars. This is a space reserved for the homeowners of Ward Canyon, so that they can park here when skiing Alpine Meadows. Be advised that ticketing or towing is possible at any time here, but is most likely when the Sherwood chair is running. Approach Twin Peaks by skinning downhill, below the Sherwood chair, and into the Ward Creek drainage. Sometimes, a well worn snowmobile path weaves up the valley, taking a little of the bite off breaking trail. Upon reaching the headwall, find one of the east facing ridges that lead up to the summit ridgeline.