Stanford Rock is a large, yet unassuming mountain near Alpine Meadows. A big east-west ridgeline forms Stanford Rock, and continues around to Twin Peaks and Grouse Rock, making the large bowl at the end of Ward Canyon. Despite its proximity to both the Alpine Meadows and Tahoe City, Stanford Rock sees relatively light skier traffic. This is in part due to its 1.25 to 2 mile approach (somewhat lengthy by Tahoe standards) and its subdued stature. But for those who spend the time getting to know Stanford, it’s a worthy stash. Stanford Rock is divided into two areas, its north glades, and south gullies, each accessed from different trailheads. Most of Stanford’s visitors ski the north side, as it has a shorter approach and keeps good snow.

The north side is characterized by fantastic glade skiing that only gets glimpses of the sun, making it a perfect powder stash for days after the storm. Two main north to south ridges lead from the base to the summit ridgeline, and should be used for the ascent. Improvising on your way up can lead to excessive switchbacks and convoluted route-finding. Pitches of consistently steep vertical running for about 1,000’ can be found in various places on the north side, but are not obvious from the summit.  From the parking area, leave your skins off and ski downhill below the Sherwood Chair. A drainage will lead you down to a snowmobile trail. From the trail, put your skins on and begin the ascent. As a special note, I have gotten terribly lost trying to find my car after an excellent day of skiing here. Pay careful attention on the initial ski down the drainage for landmarks to facilitate your return. The snowmobile trail is easy to find, but the return route from there can be confusing. 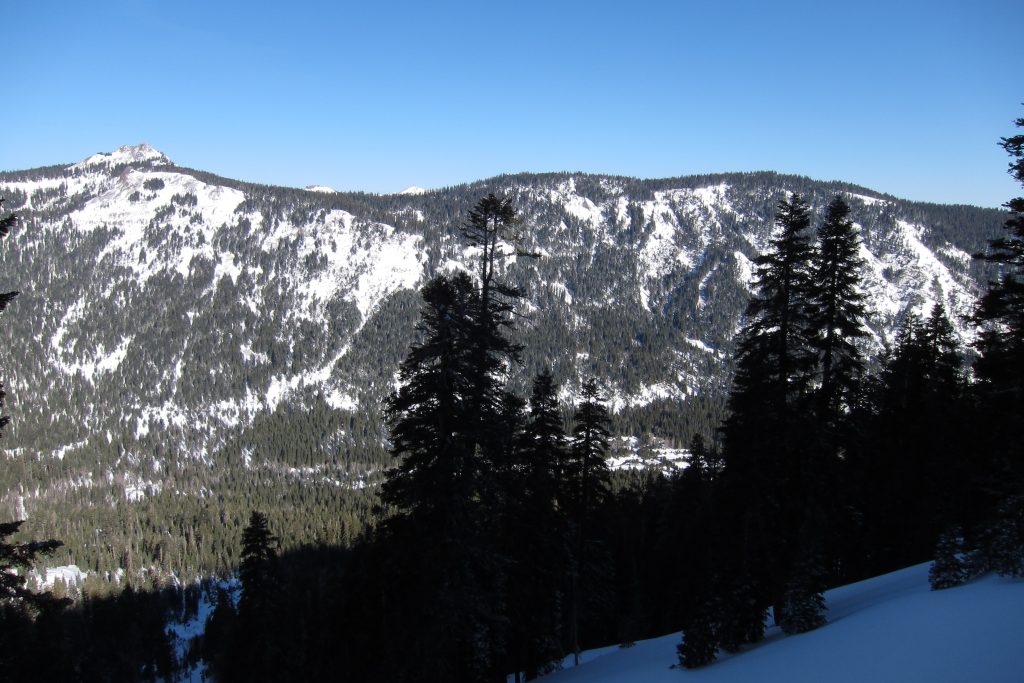 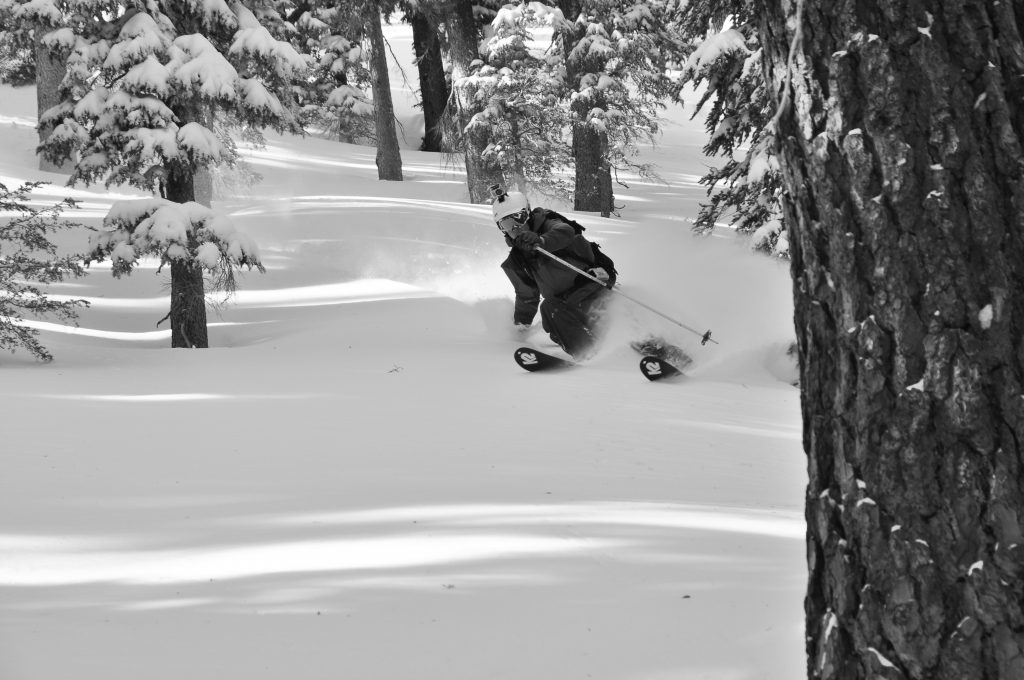 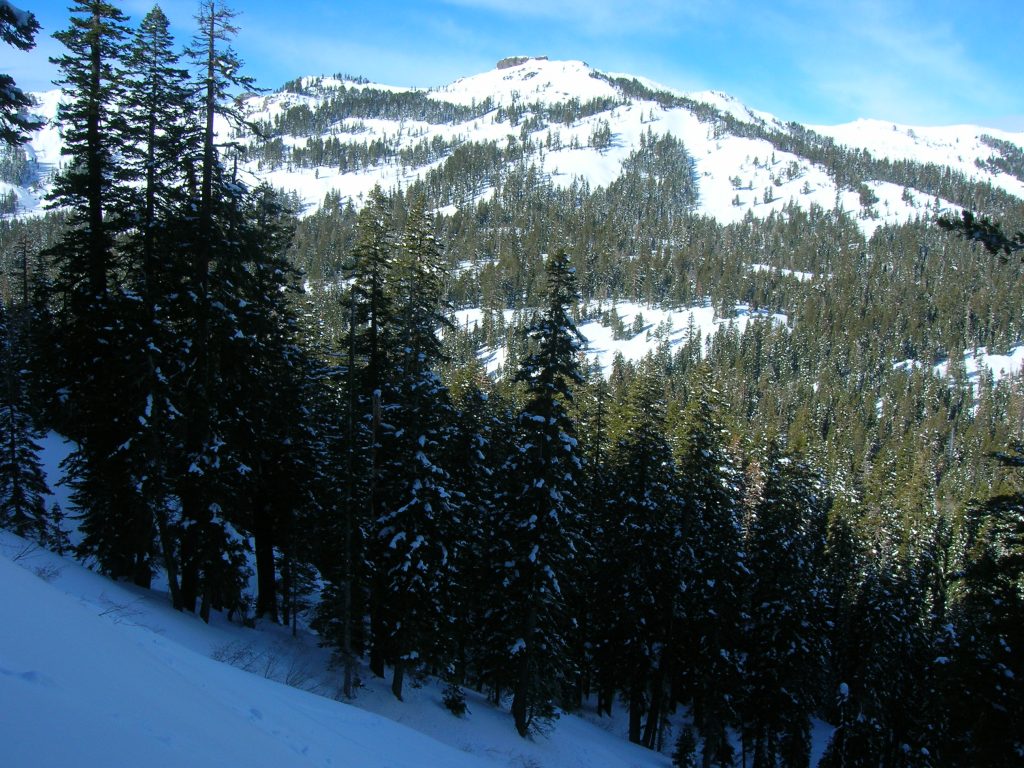 Parking for the north side is found near the bottom of Alpine Meadow’s Sherwood chair in Ward Canyon. From the “Y” in Tahoe City, drive 2.6 miles south on Highway 89, and turn right onto Pineland. Veer left after 0.4 miles onto Twin Peaks Dr, which then becomes Ward Creek Boulevard, and drive 4 miles until you see the Sherwood Chair. There is a parking lot here for about 15 cars. This is a space designated for the homeowners of Ward Canyon, so that they can park here when skiing Alpine Meadows. Be advised that towing is possible at any time here, but most likely when the Sherwood chair is running.

The southern descent of Stanford Rock is composed of a fun system of gullies and fall-line cornices that weave down into Blackwood Canyon. The descents here are around 1,700’, making for great corn or early morning powder skiing. During corn conditions, this aspect is best approached from the Blackwood Canyon Sno-Park to avoid the firm conditions on the north side. To find the gully you intend on skiing, follow the Blackwood Canyon snowmobile trail roughly 2 miles, looking for openings in the trees to scope your line. Ascending the main ridge from the parking lot up to Stanford’s summit seems intuitive, but a large rock formation and low snowpack often inhibit easy route-finding. For the southern approach, use the Blackwood Canyon Sno-Park, located 4.2 miles south of the “Y” in Tahoe City. A Sno-Park permit is required here.