Upon seeing it for the first time, Pyramid Peak will be burned into your memory of the horizon. This unique peak is distinguishable from many of Tahoe’s summits due to its pronounced, bald summit dome. Easily seen from almost any high point around the lake, as well as in South Lake Tahoe, Pyramid looks steep and remote. But for those willing to make the extra push, ticking Pyramid off your list will reward solitude, adventure, and views that stretch from the Coast Range, through the Desolation Wilderness, and south beyond Carson Pass. Starting your journey to Pyramid can be discouraging from the parking area, as the first hill is low and south facing, rarely holding snow for the first 800 – 1,000 feet. This, coupled with its unpredictable snow conditions higher up are drawbacks to Pyramid. However, solitude and an alpine playground await those who persist.

From the parking area, begin on the slope behind the restrooms with your skis strapped to your pack. This bare slope is the most direct option, however more snow is held in the shaded Pyramid Creek canyon. This may seem like the more logical choice of ascent lines, but requires “billy goating” on wet granite slabs near Horsetail Falls. After making it past snowline, skinning begins. After the initial, potentially snowless slog, a moderate climb follows the ridgeline until reaching a broad, flat bench, where Pyramid reveals itself. The main descent options include the SE Bowl, and the rolling terrain down to Toem Lake. A small peaklet to the north of the summit proper is well within a day’s range, and has some short chute options which are a little more protected from the wind, growing nicer corn. On the way back to the car, be sure to follow the skin track very closely in the last 1,500’. Rocky Canyon, below Pyramid’s southern exposure, has a way of drawing skiers much too far to the west. Getting too far west of the skin track can result in painful Manzanita entanglement, likely adding a great deal of frustration to your day. The lower southwest slopes are nice to ski, but save yourself the masochism and skin back up to the track. 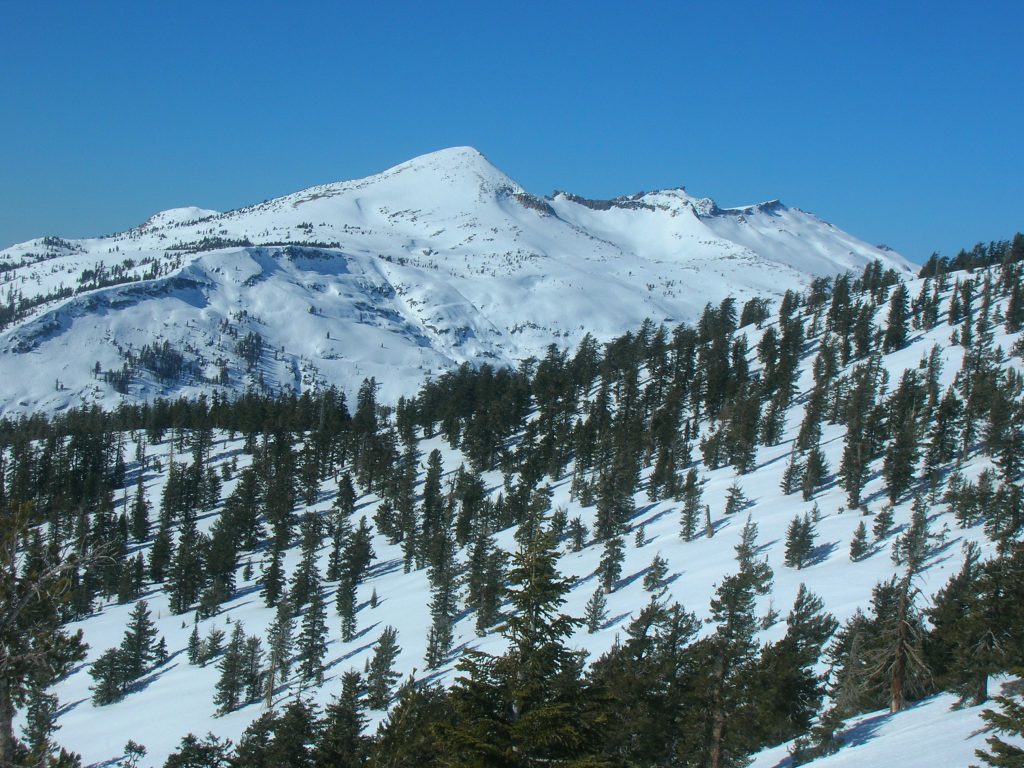 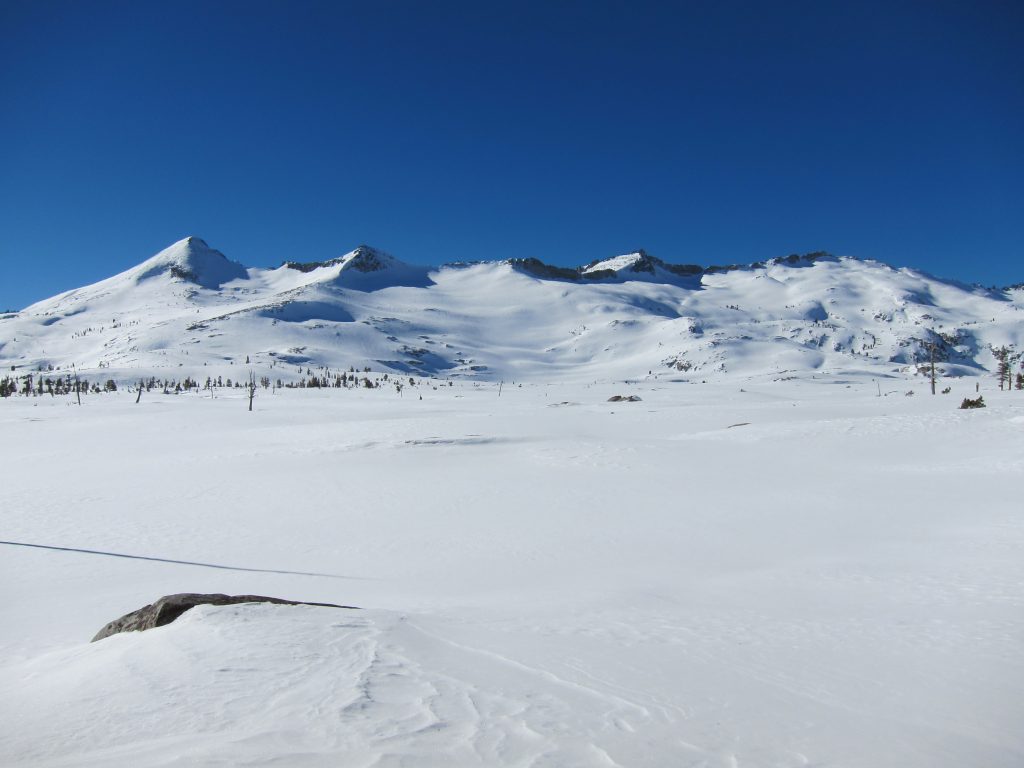 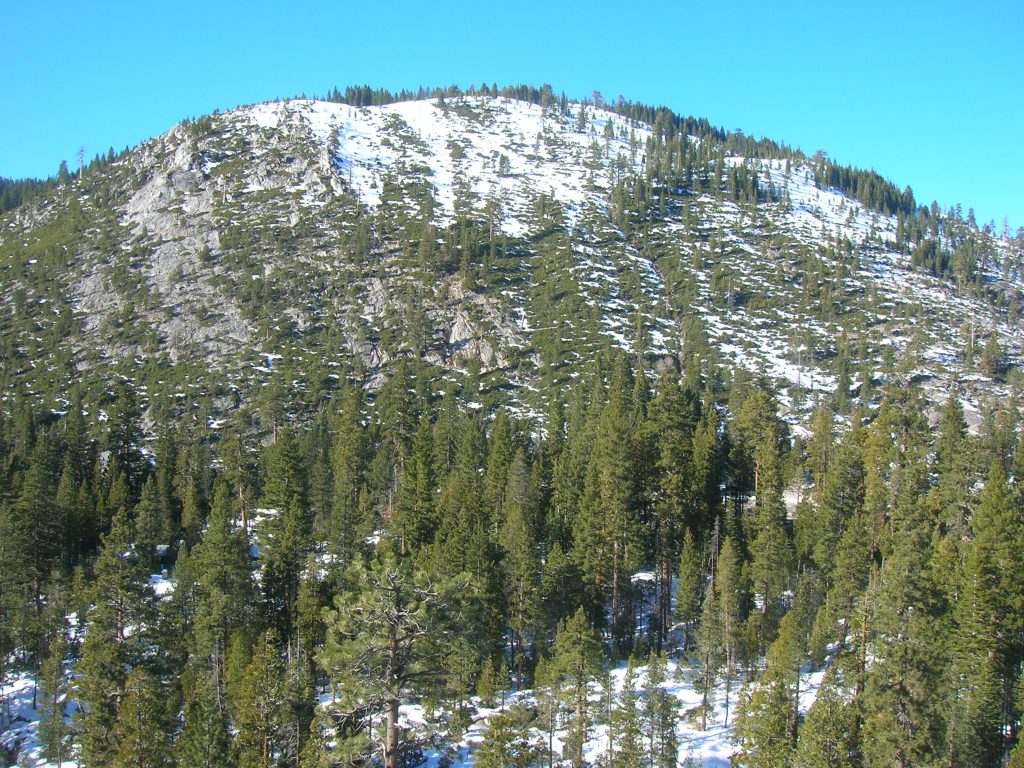 From the “Y” in South Lake Tahoe, drive west on hwy 50 for 15.6 miles to Twin Bridges, and park near the Horsetail Falls trailhead and restroom. A plethora of “No Parking” signs decorate the highway here, complicating the parking situation. On the south side of the highway across from the restrooms, there is a small space plowed perpendicular to the highway turnout. This is where I have parked without issue, but if it is already taken, or not plowed out, you’ll have to get creative.