Holding Tahoe’s longest ski descents, Job’s Peak is in a different class compared to the rest of Tahoe’s peaks. Reminiscent of the Eastern Sierra giants such as Mt. Tom and Mt. Morrison, Job’s is an enormous mountain with many years worth of lines for your tick list. However, as the numbers suggest, Job’s requires a fit group, an alpine start, and an adventurous spirit. If you’re the kind of skier who likes to get out for a few hours and ski back to the car, then this is not your mountain. But, if you value solitude, adventure, rowdy lines and long, action-packed days, this is your peak. Arguably, Job’s has more quality ski terrain than anywhere else in Tahoe, even Tallac. The sheer concentration of outrageous chutes, glades, and corn faces will ensure that your first time here won’t be your last. However, where mountains like Tallac beat Job’s is in terms of access and reliable coverage. Approaching from either Luther Pass or the Carson Valley, there is a ton of effort involved just in reaching skiable terrain. That said, this same approach is what keeps skier traffic here to near zero.

Here are a few of the choice descents in the area. Ski potential here is limited only by snow coverage, and your fitness and imagination. Be sure to ski Job’s at or near the period of peak snowpack for the winter, as skinning and skiing the lower elevations is preferable to hiking. Jaws Couloir is Job’s most aesthetic and popular line. Dropping north off the summit, the entrance into Jaws is a scary rollover that wastes no time in steepening to over 45 degrees. Although named a couloir, this line is really a giant bowl, bisected into two sub-bowls by a vertical rock band. At the bottom of either bowl, the lines choke down into narrow cruxes, whose feasibility and difficulty vary greatly with snowpack. This is why I always recommend approaching chutes from where you can scope them from the bottom, which, in this case, means coming up from the Carson side.

Many other great lines drop to the north and south off the sharp ridge to the east of Job’s summit. The line dropping east off the easternmost point on this ridge is the recommended descent when a deep snowpack allows skiing down to at least the 6,000’ mark, and will be called the “Exit Couloir” for the sake of this guide. This is an incredible couloir that will put you a lot closer to the Carson trailhead than Jaws. Dropping south off Job’s summit into Fay Canyon rewards Tahoe’s longest ski descents. These south facing slopes grow incredible corn and maintain consistent pitch for over 4,000’! The eastern descents into Fay Canyon also hold a steep network of chutes and glades. If you plan on skiing Fay Canyon, be sure to park at the Fay-Luther trailhead or plan on making the grueling hike back out. 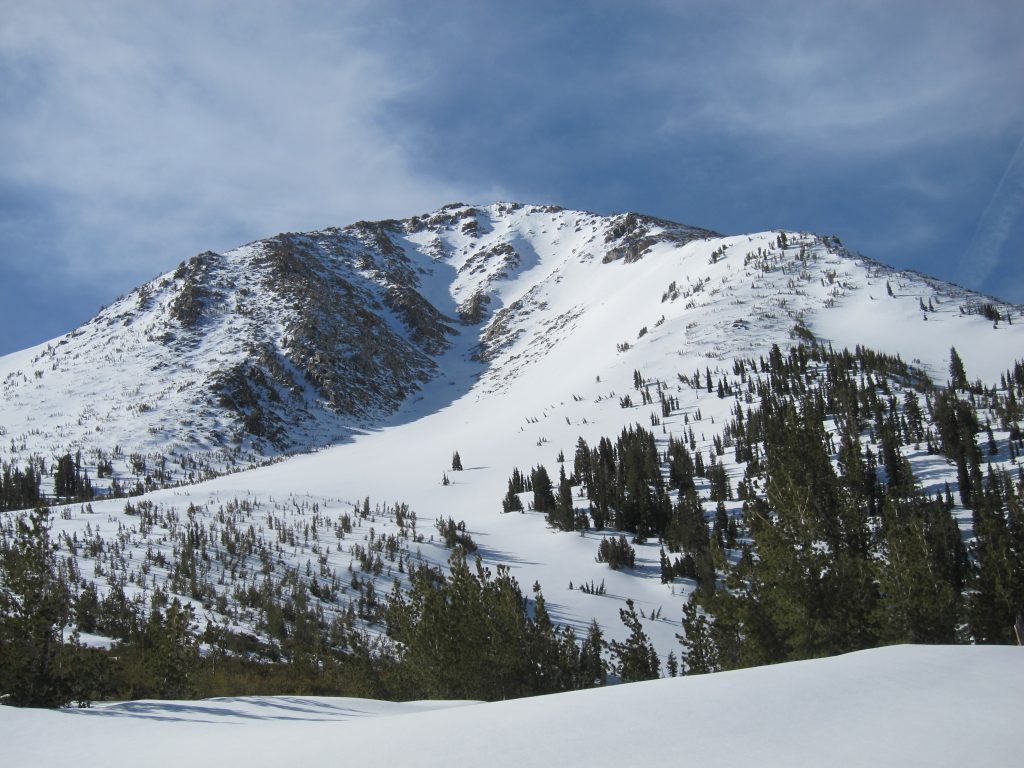 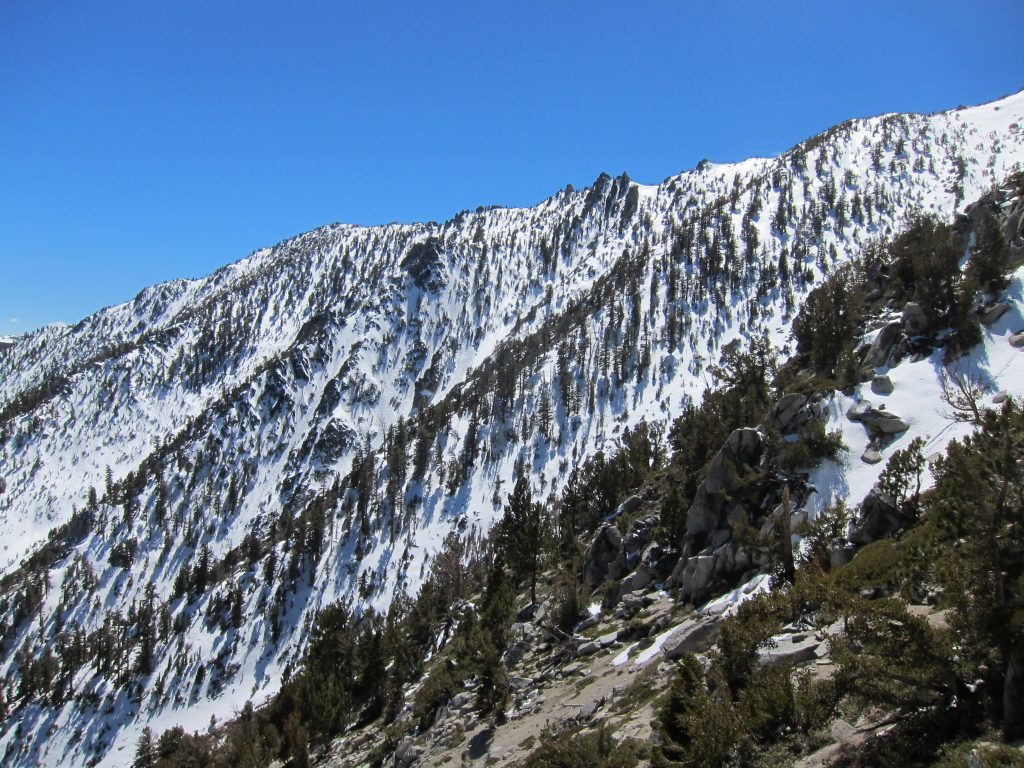 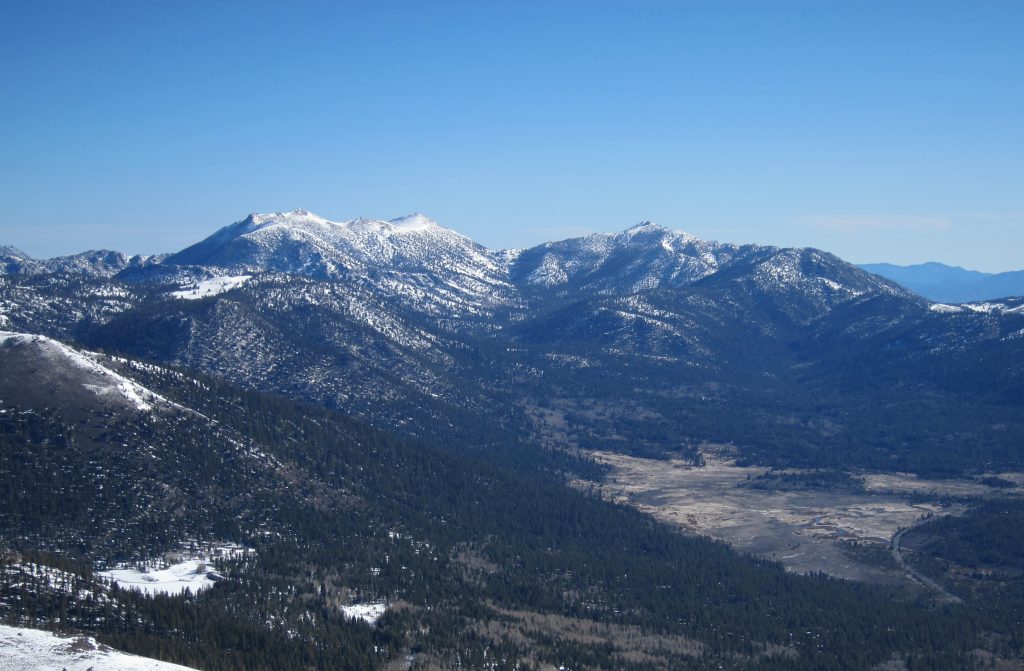 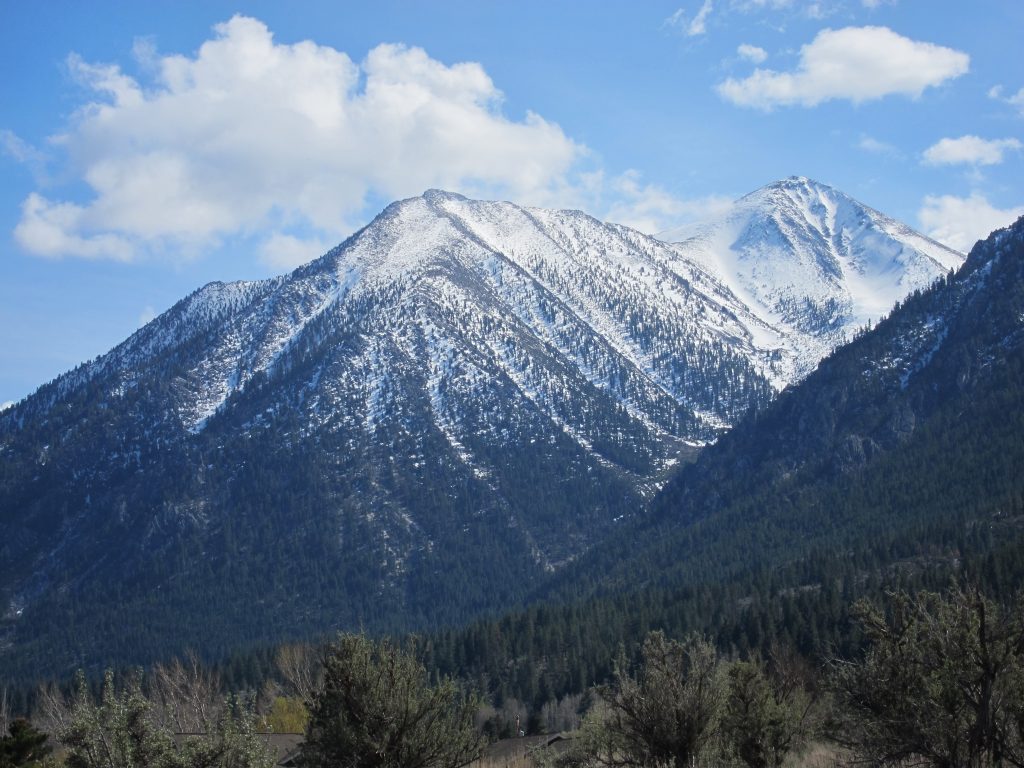 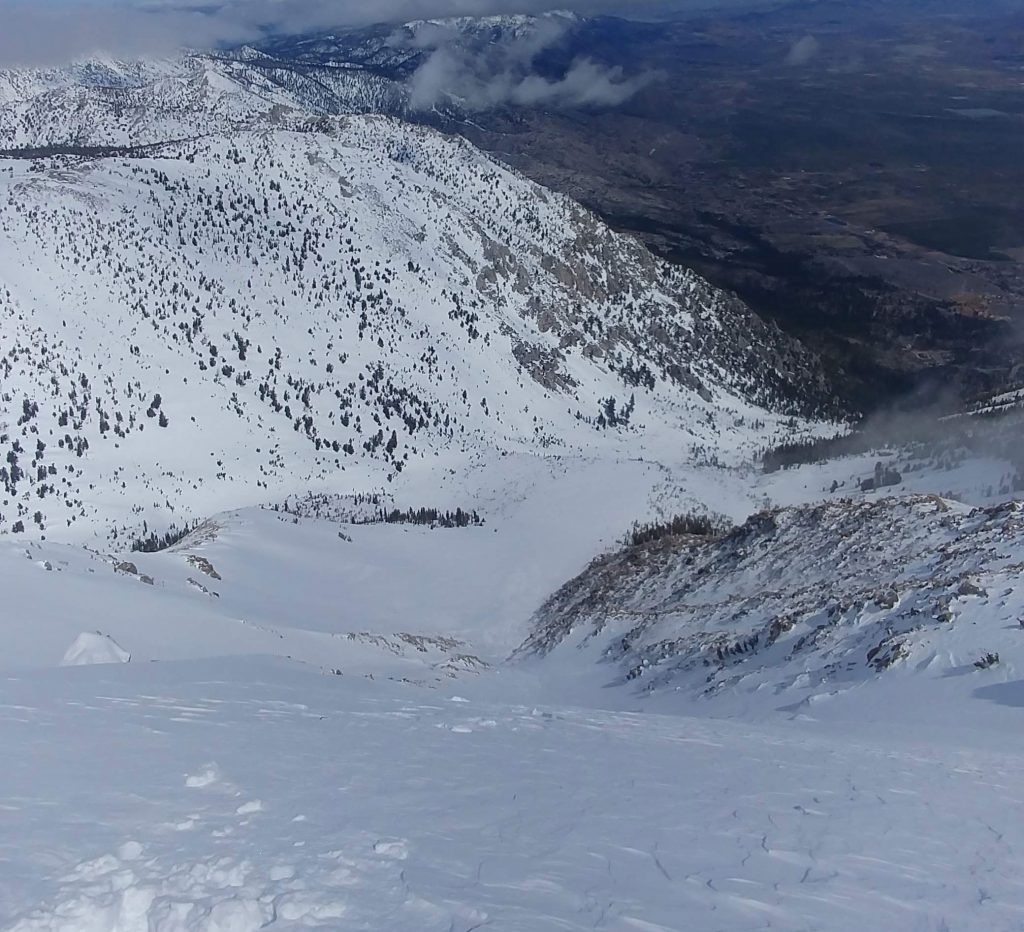 To get to Luther Pass from the “Y” in South Lake Tahoe, drive 4.7 miles south on highway 50 to the town of Meyers. Turn south onto highway 89, and drive 8.5 miles to Luther Pass. The parking for Job’s and Freel is located another 0.8 miles east of Luther Pass. Look for a gated road on the left (east) side of the road, with parking for 2-3 cars on the right (west). Skin along this road, eventually contouring into Willow Creek where Job’s summit becomes visible. Horse Meadow marks the end of the summer road and the beginning of significant elevation gain. For those lucky few snowmobile owners, the road up to Horse Meadow is open for snowmobile use, and cuts 4 miles off an otherwise lengthy approach.

Although significantly more elevation gain, I highly recommend waiting for lower elevation snow coverage in the Carson Valley, and beginning your adventure there. There are no complications with car shuttles, and it gives you a lot of time to scope out your lines and build stoke for some of the longest descents in the region. Access to Job’s from the Nevada side has been a bit of a contentious issue. In the old days, before recent residential development, skiers could park anywhere along Foothill Dr and wander across sagebrush and ranch land into Job’s Canyon. In the 1990s, residential development began slowly choking off access to Job’s from this side. As concerned community members watched their access to the Carson Range disappear, they formed the Carson Valley Trails Association. Now, the CVTA has built 2 official trailheads near Job’s Peak, with a network of trails skirting private property, a huge gain for the backcountry community and the residents of Minden-Gardnerville.

From the “Y” in South Lake, drive 5.7 miles east on highway 50 to highway 207 – Kingsbury Grade, which goes for 11 total miles before reaching the Carson Valley. At the first intersection at the bottom of highway 207, take a right (south) onto Foothill Dr, and drive 2.5 miles until the Job’s Peak Ranch trailhead on the right, marked by brown road signs. This is the best trailhead for accessing Job’s summit and north facing terrain. Hike up the trail for 1 mile until reaching the stream crossing, marked by wooden steps in the trail. From here, private property and a few houses block the most direct path up Job’s Canyon. To avoid crossing private property, continue along the trail another 0.5 miles past the stream crossing to the “summit” of the trail and the California state line. Upon crossing into California, the land becomes Forest Service owned, and is marked by small, yellow Forest Service property signs. Make your way north back into Job’s Canyon, and follow the drainage up to Job’s Peak. From the Job’s Peak Ranch trailhead, continue south an additional 2 miles on Foothill Dr to get to the Fay-Luther trailhead, which better accesses Job’s southern slopes. A similar trail network leads into Fay Canyon.