Janine’s Ridge is a classic example of how some of Tahoe’s finest terrain is rarely skied because of the approach involved. Nearby Tallac and Maggies Peaks see much more skier traffic because their descents can lead right back to the road. However, once standing on one of these nearby peaks, one cannot help but look further into the wilderness. Janine’s is a great introduction into skiing in Desolation. Its approach and alpine terrain are similar to what is found on Pyramid and Dicks, but just a bit closer to the road. And, if you and your group are up for a longer day, Janine’s can be linked up with either Dick’s, Tallac or Maggies for an incredible tour. And the terrain here is worth the approach. With only a few trees dotting this otherwise open face, Janine’s is a rolling alpine playground, holding weeks worth of lines. Janine’s Ridge begins as a shoulder of Mt. Tallac. This ridge runs due west from Tallac’s summit, and sweeps north from Kalmia Peak, the high point between Tallac and Janine’s Peak. This ridge is over 2.5 miles long, with descents between 1,400’ and 1,800’, ranging in aspect from due north to due east. The northern aspects tend to be steeper, with more rollovers and cliffs, whereas the east aspect is less steep, but still wild and fun. Remember that none of the alpine terrain here should be taken lightly, as frequent wind loading, and complex terrain patterns, present a myriad of potential hazards.

There are many ways to get to Janine’s Ridge, with the most common access point being the Bayview Trailhead. The most direct approach to Janine’s is 3 miles via Cascade Creek. Although direct, and requiring the least elevation gain, this route also typically involves a thinner snowpack, a little bit of bushwhacking, and some potentially treacherous creek crossings. With 1,800’ of additional climbing, one can access Janine’s with fewer navigational obstacles by approaching via South Maggies Peak. 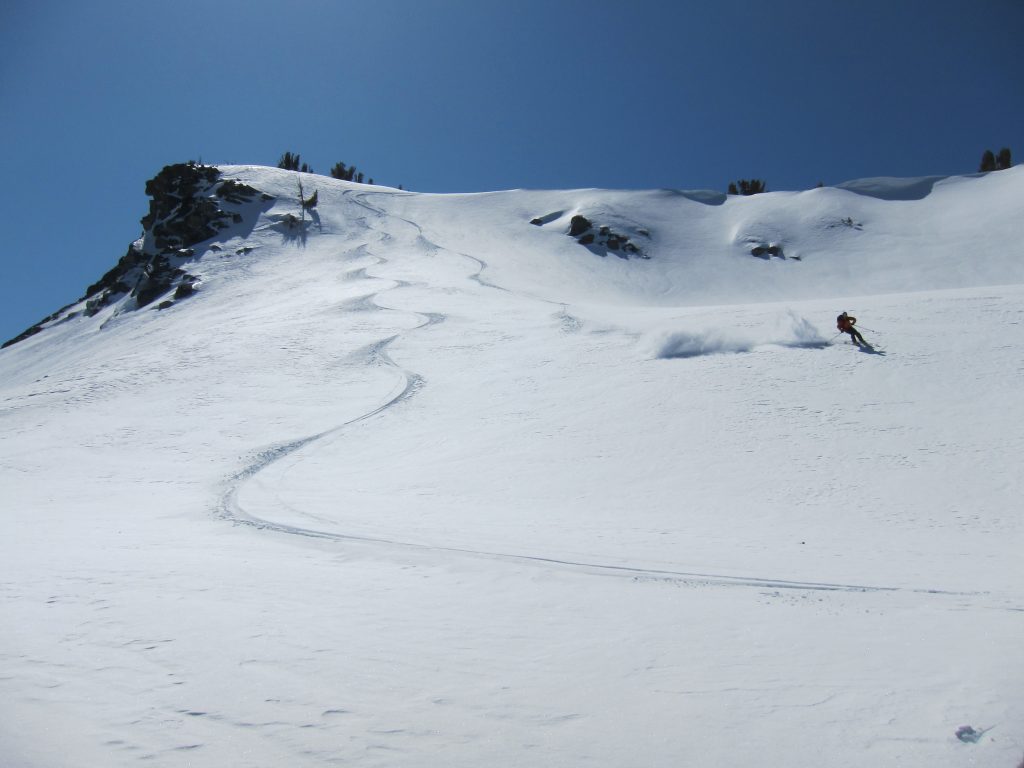 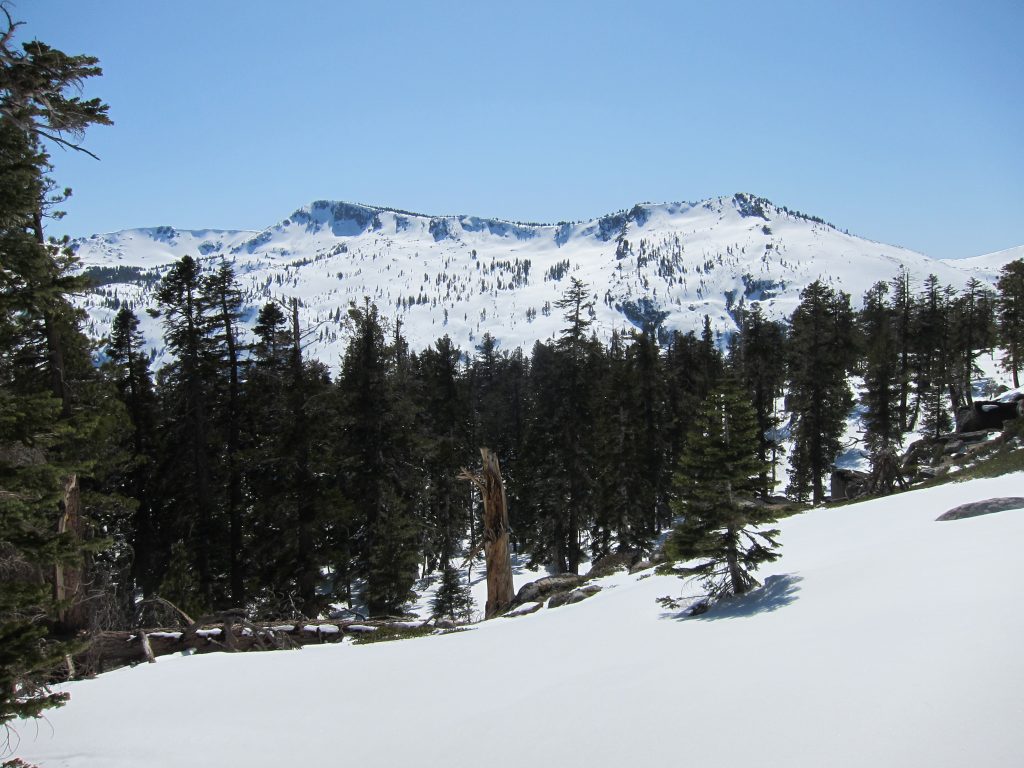 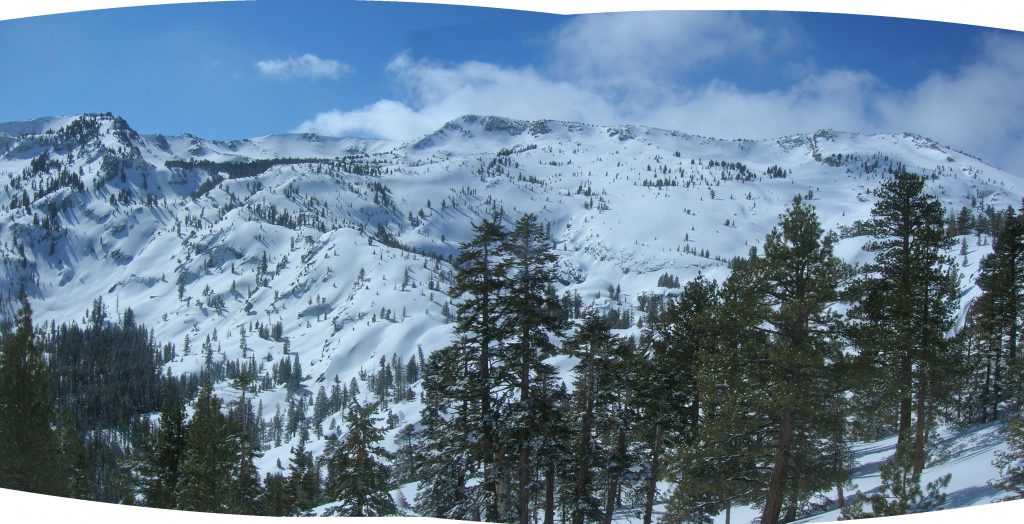 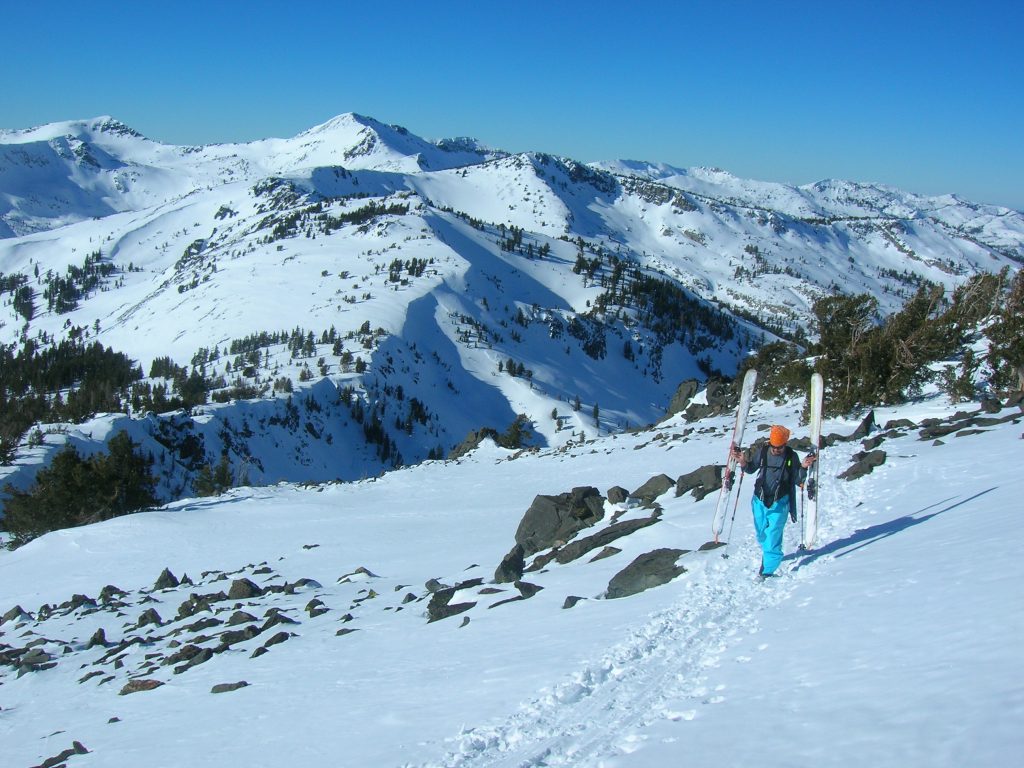 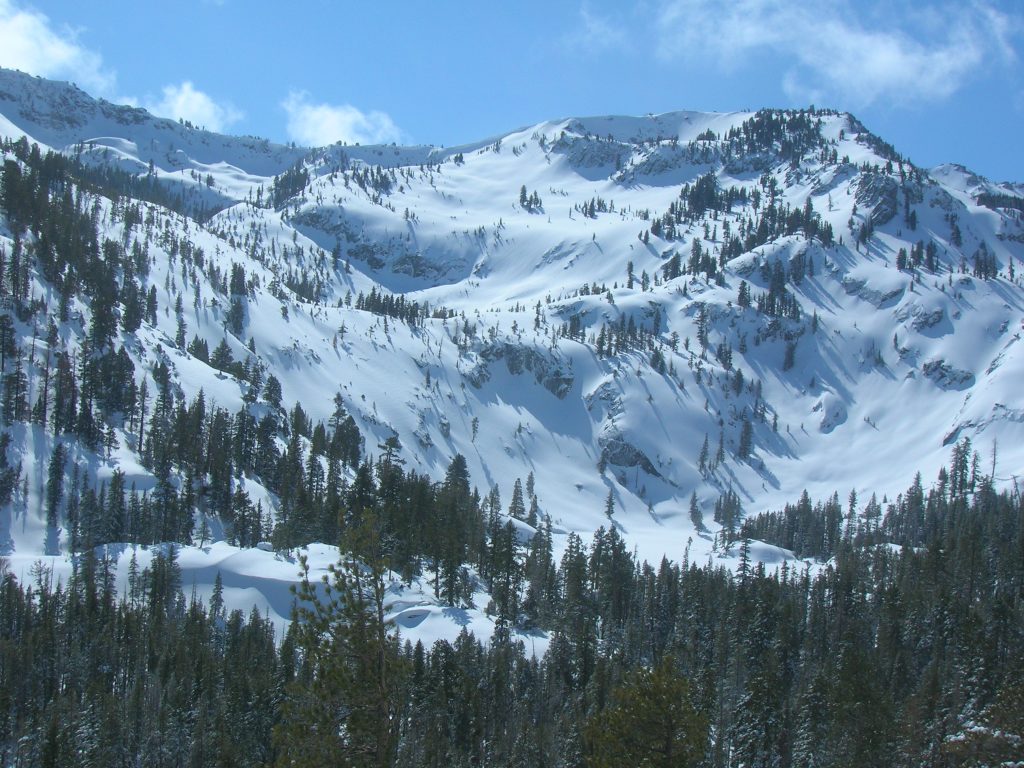 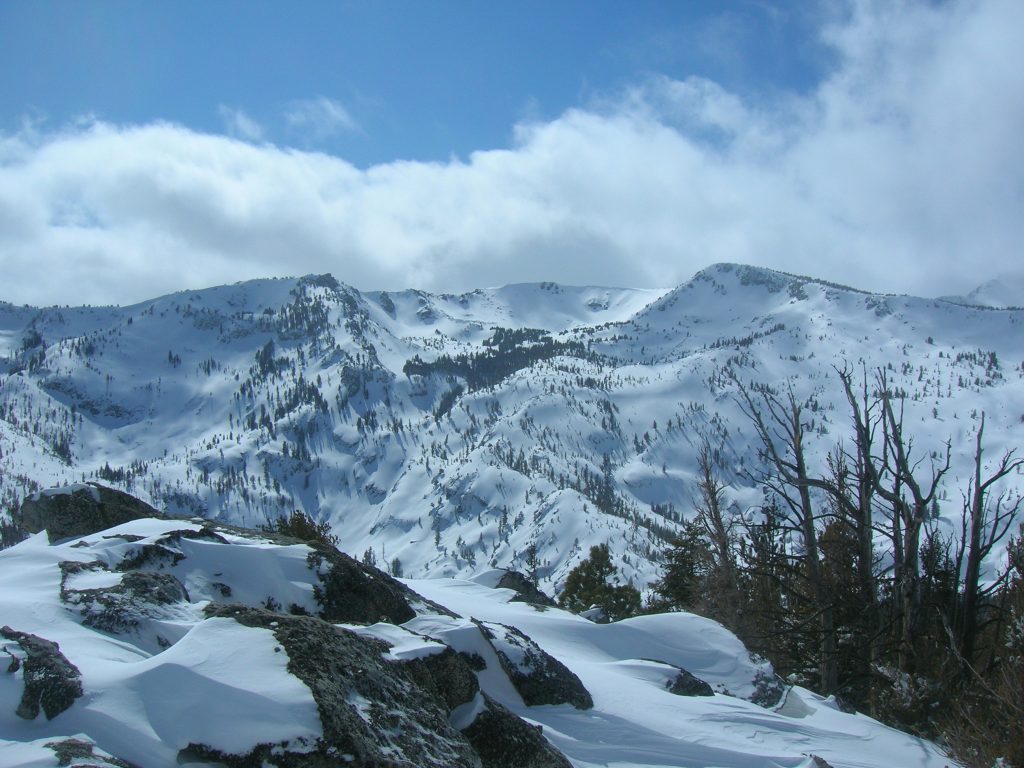 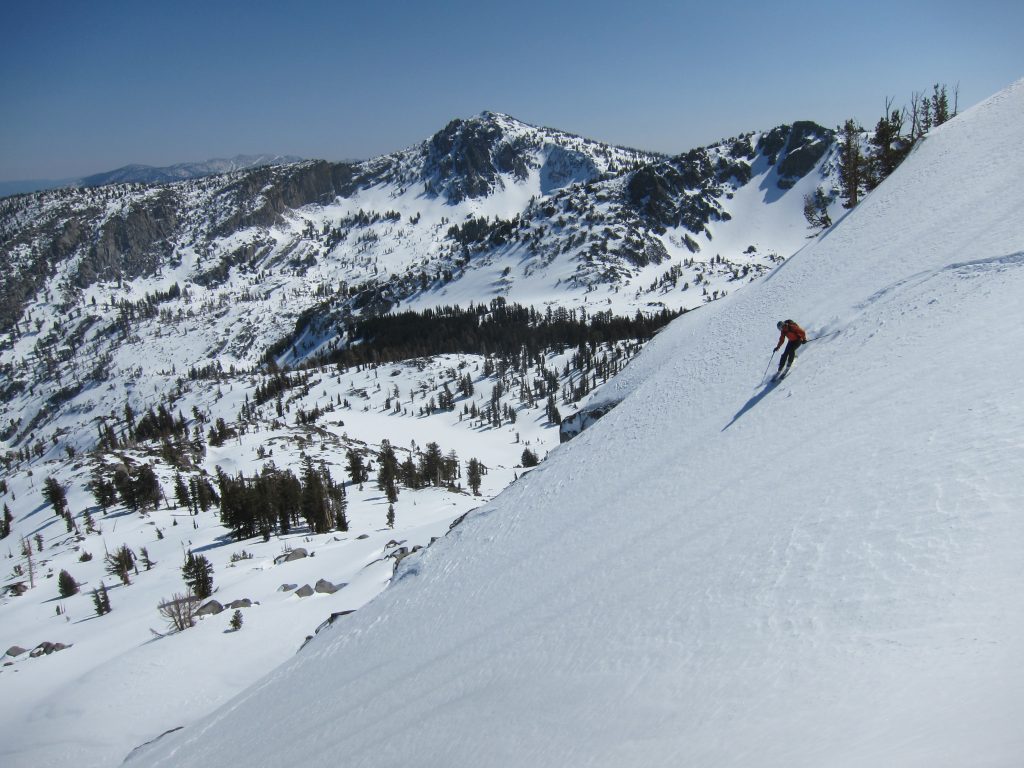 From the Bayview parking, walk 100 yards west along Hwy 89 to the gate and summer trail. Skin up this trail to Granite Lake, and summit South Maggies. From South Maggie’s summit, you will see Janine’s Ridge. Take skins off, and ski west along South Maggie’s mellow ridge toward Janine’s. Fit groups should be able to do this approach in about the same time, or faster, as Cascade Creek, especially given that some of this approach is traversing downhill without skins on. Return to Bayview via this same route. For a less direct option that yields more skiing on the way, start from the Mount Tallac parking, and ski down Tallac’s north trees into Cascade Creek. Continue the Janine’s approach as previously described.

If accessing Janine’s via Cascade Creek or South Maggies, park at the Bayview Trailhead on Highway 89, 7.5 miles west of the “Y” in South Lake Tahoe, or 19.5 miles south of the “Y” in Tahoe City. Highway 89 around Emerald Bay often closes during and after storms, and the Bayview Trailhead is within this closure area. Be sure to check with CalTrans if you have any doubts. If Emerald Bay is closed, and you still want to ski Janine’s, the best way is via Mt. Tallac, who’s parking is outside the Emerald Bay closure gates.