If you are lucky enough to call Meyers home, then this is your personal backyard ski resort, with better terrain than anything inbounds in Tahoe. If you don’t live in Meyers, then you’ll be looking on craigslist for houses after having skied here. Much like Tahoe itself, Echo is diverse enough that there is terrain here to suit every condition. Situated in the same orientation as Tallac, Angora, Echo, and Flagpole Peaks comprise a large North-South running ridgeline with quality descents in every direction. Descents eastward off of Echo’s summit and this ridgeline afford quality skiing with a few cliffs to spice things up. Be careful not to venture too far skiers left from Echo’s summit, as numerous, large cliff bands should be avoided. Between Echo and Angora, descending off the northwest aspect, the famed Halls of God couloir system awaits adventurous expert skiers. This zone is the real deal, and contains what I believe to be Tahoe’s most exciting couloirs. Angora is also an impressive place to ski, with quality corn chutes descending into Angora Lakes, and great glades towards Fallen Leaf Lake. 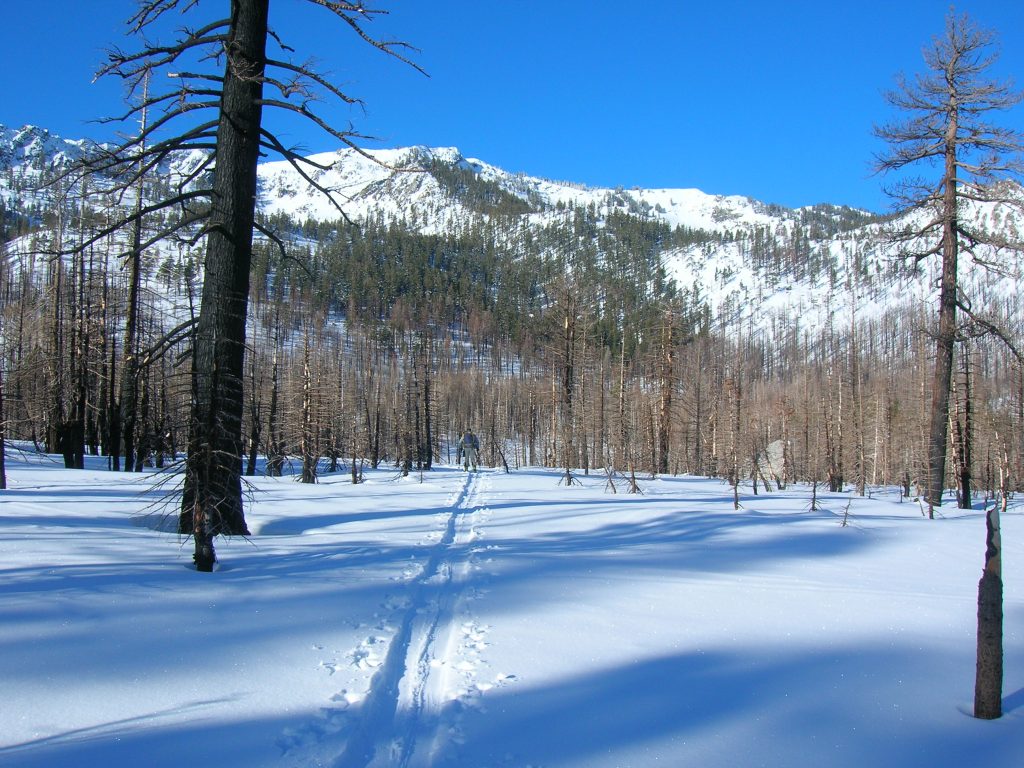 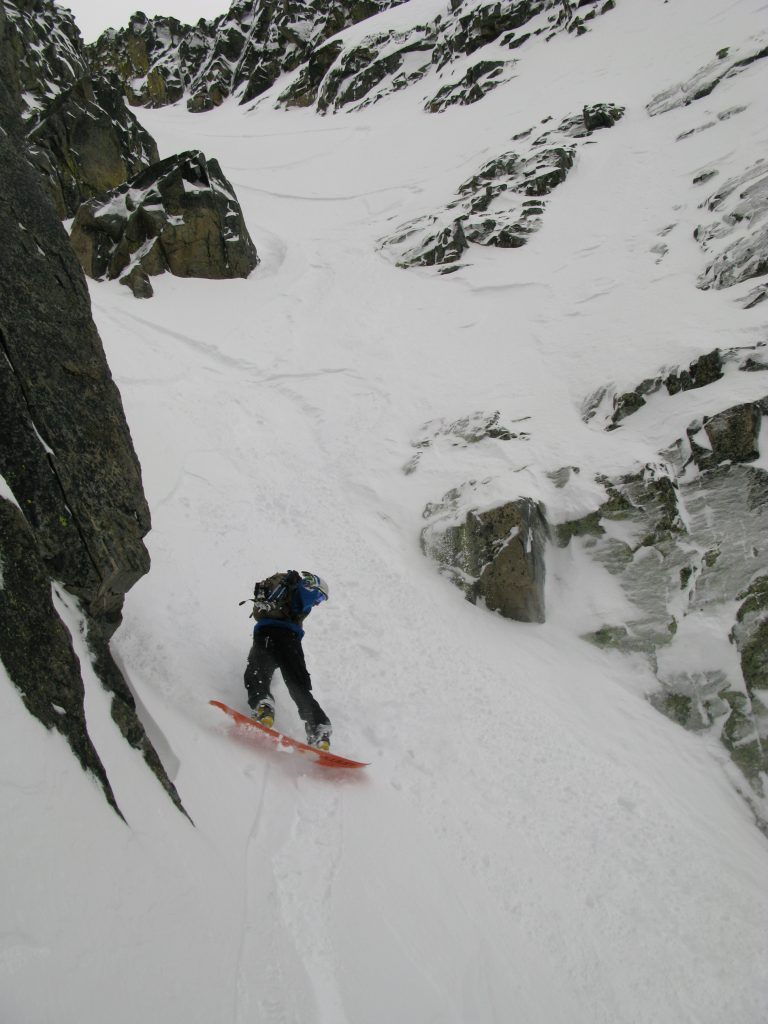 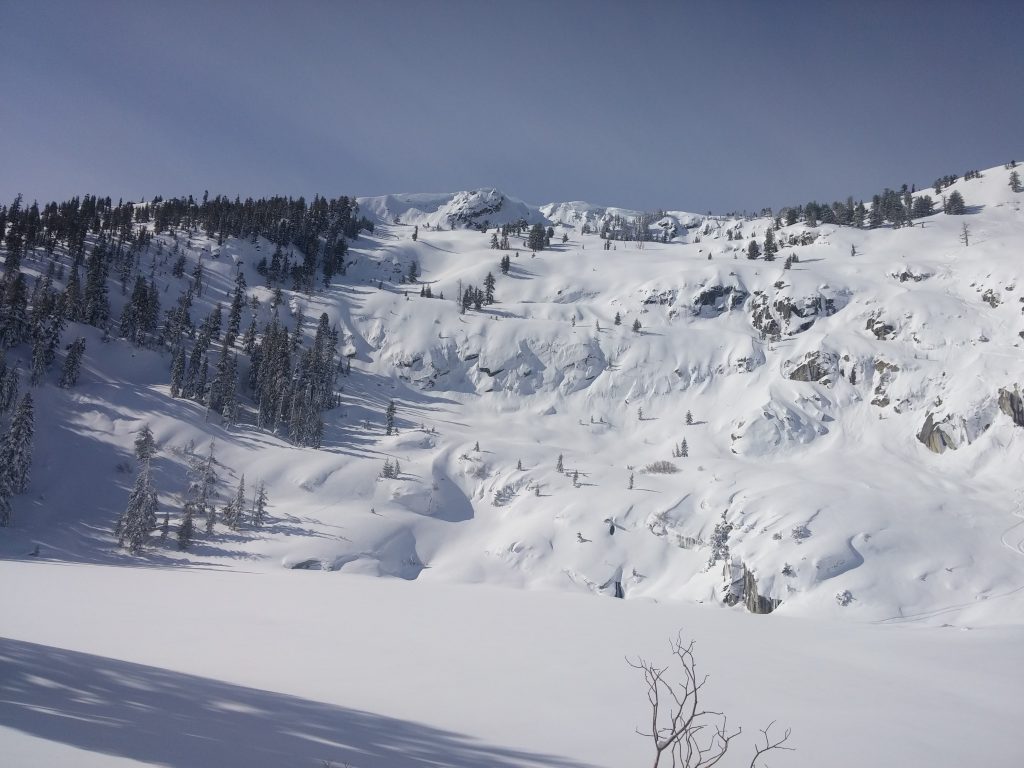 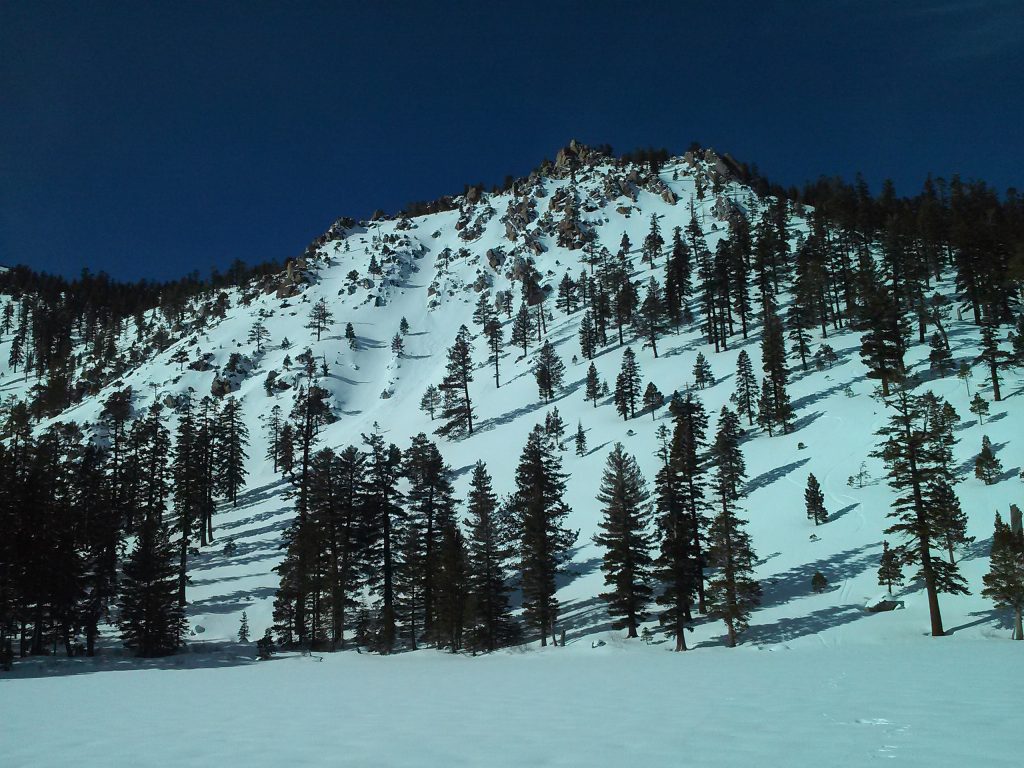 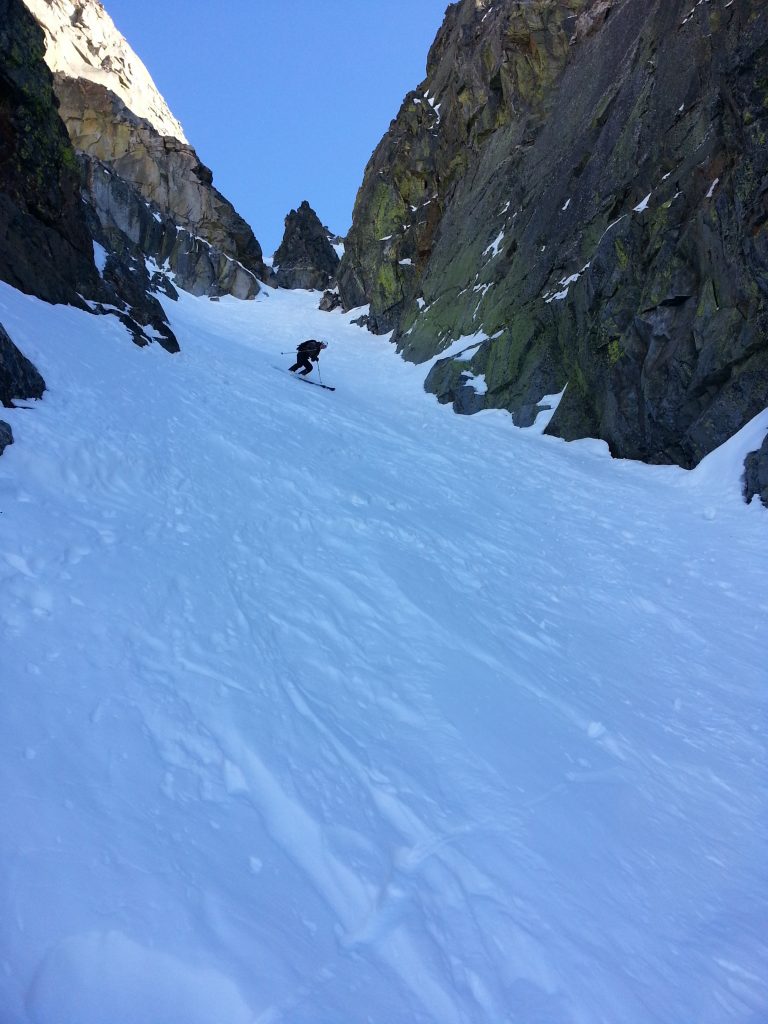 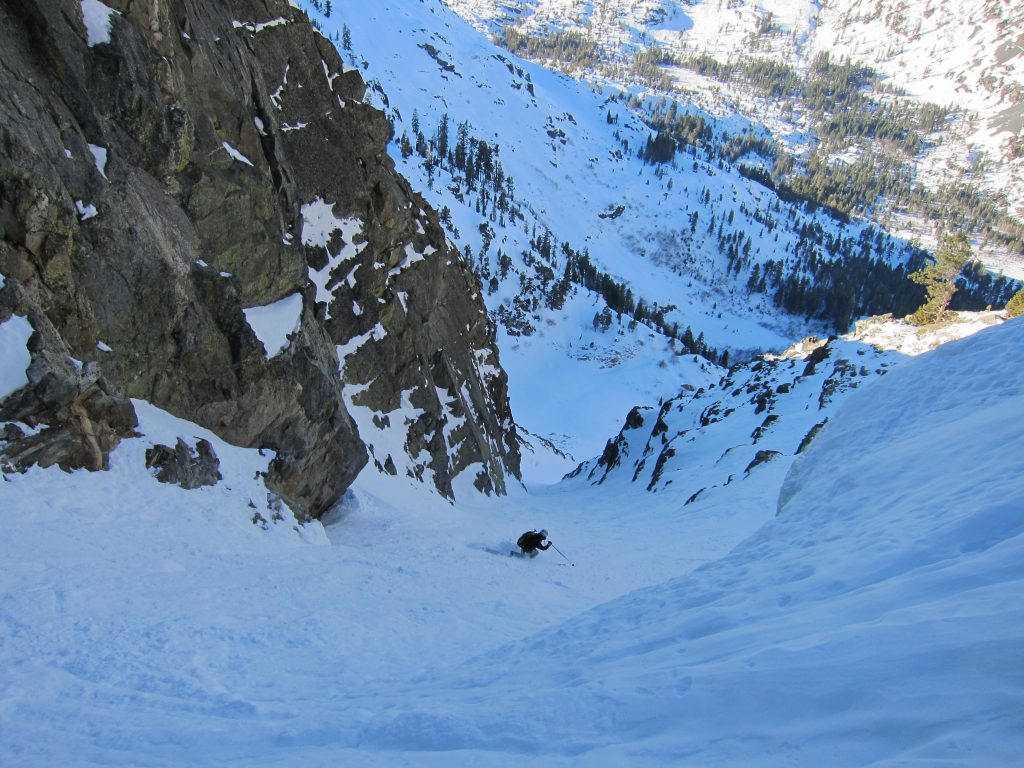 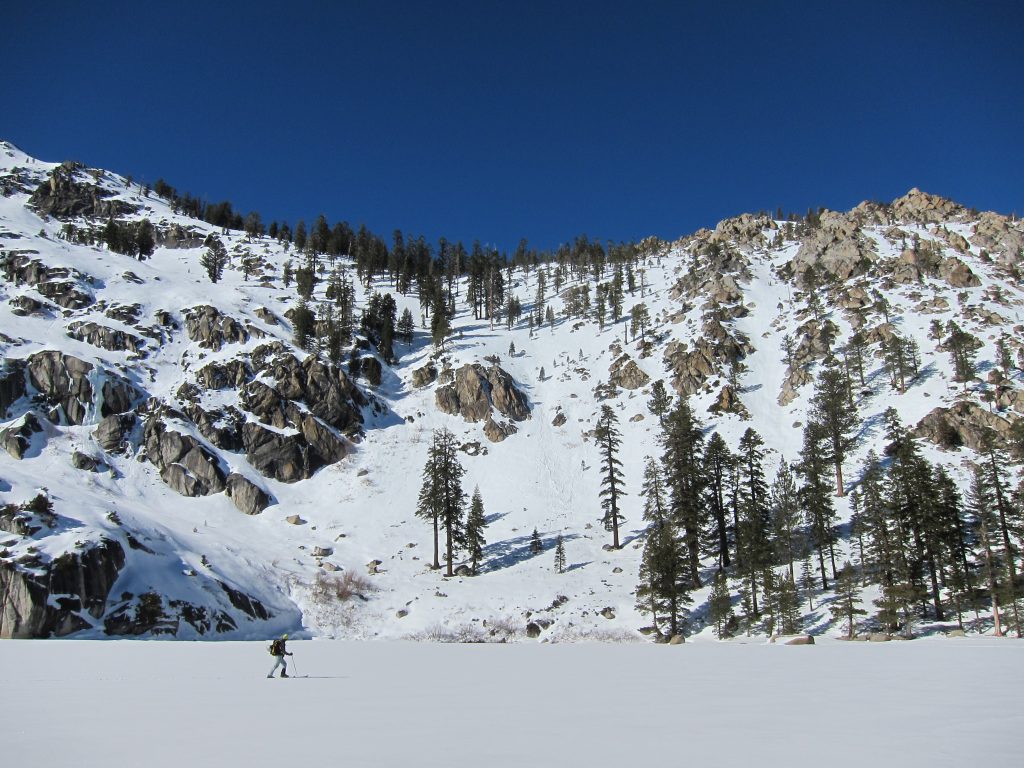 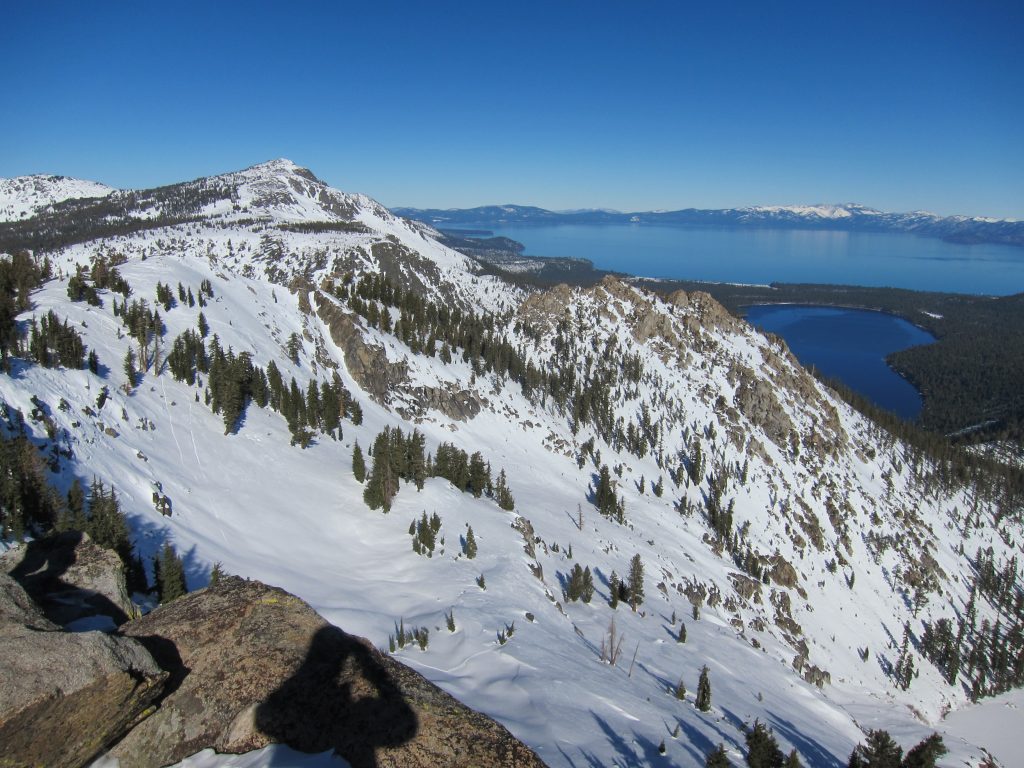 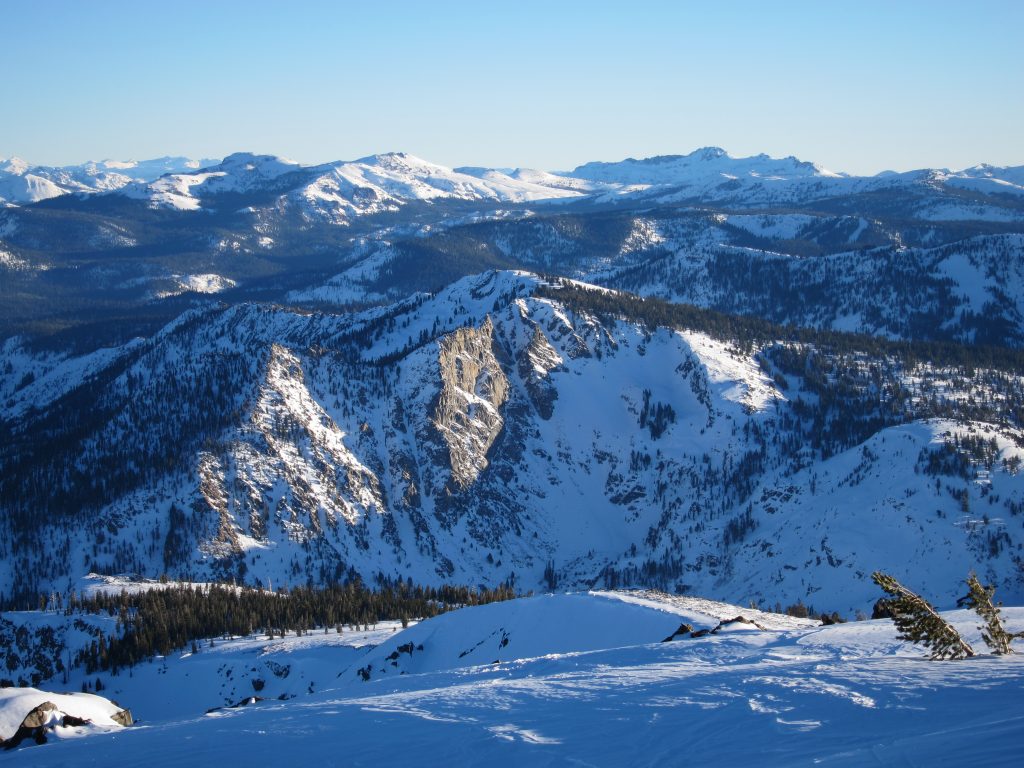 Parking for Echo and Angora Peaks is found at the end of a dead end neighborhood road called Wintoon Dr. Space for about 5 cars is usually plowed out here. From the “Y” in South Lake Tahoe, take Lake Tahoe Boulevard 3.8 miles until it turns into North Upper Truckee Road, and then go another 1 mile until seeing Wintoon Dr. on your right. Park at the end of Wintoon. From the parking area, skin due west across the fire-charred flats, and aim for the obvious ascent ridgeline that places you right at Echo’s summit.