Situated in the heart of the Desolation Wilderness, Dick’s and Jack’s Peaks are not easy to get to. Equally far from any access point, this zone requires a very early start and traveling through a lot of rolling terrain before even starting the climb. That said, once you make it here, you won’t want to leave. Huge alpine bowls, descents on every aspect, immense solitude and incredible views will rekindle your backcountry fire. Yes, you will spend a lot of energy just getting here and back, but it makes for a great adventure and reconnaissance mission, not to mention the quality skiing you’ll likely find. Most who venture this far will attempt Dicks due to its slightly taller elevation and prominence around Tahoe. However, the southern aspects on Jack’s are equally enticing. Skiing west off either peak affords great afternoon corn runs, but puts you that much further from the car. I would recommend attempting either peak during a corn cycle in the spring. You will have more daylight to work with, more stable avalanche conditions, and less effort breaking trail. As windswept and exposed as these peaks are, they are not likely to hold great powder skiing after storms, and pose difficult to read avalanche conditions. 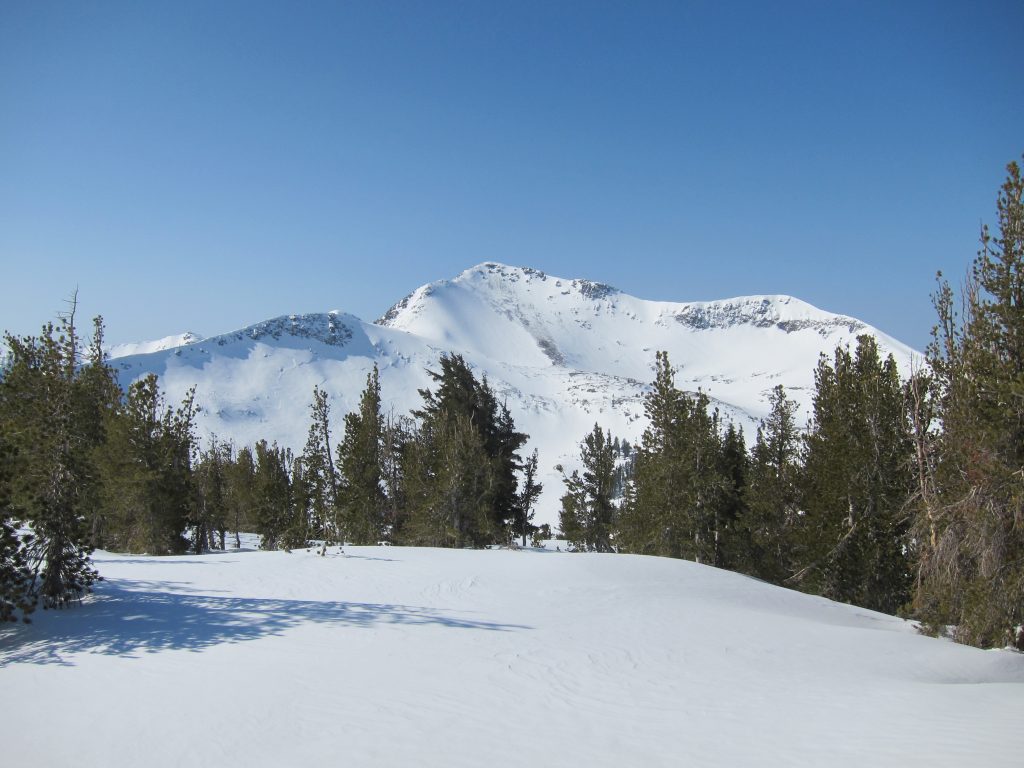 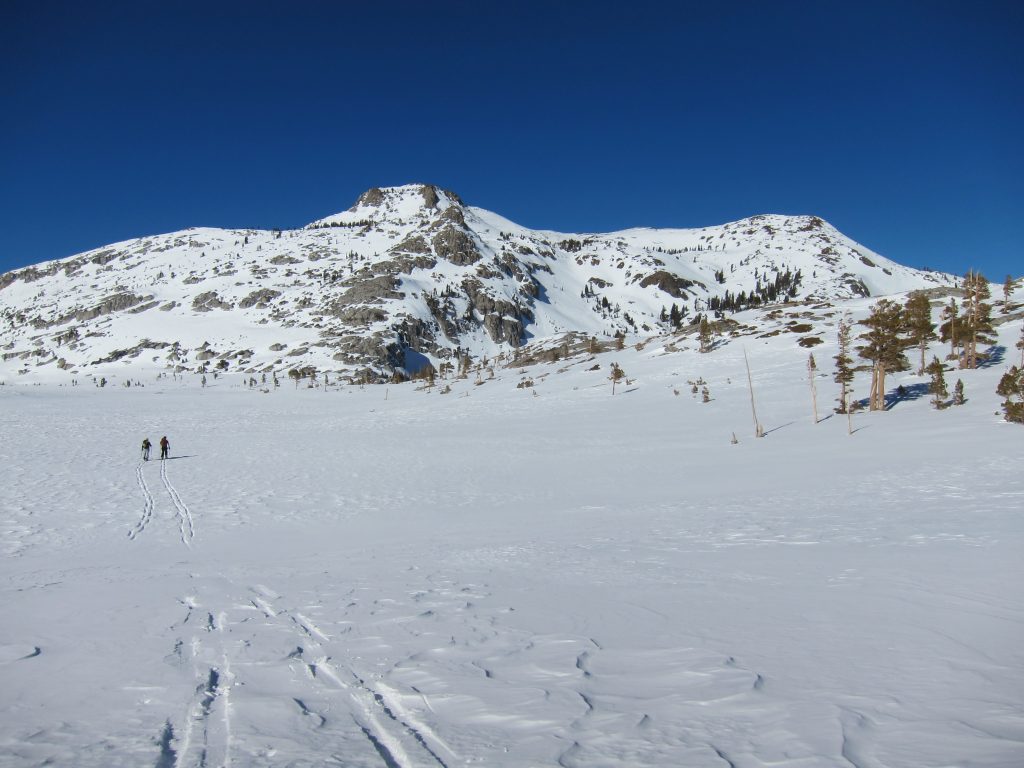 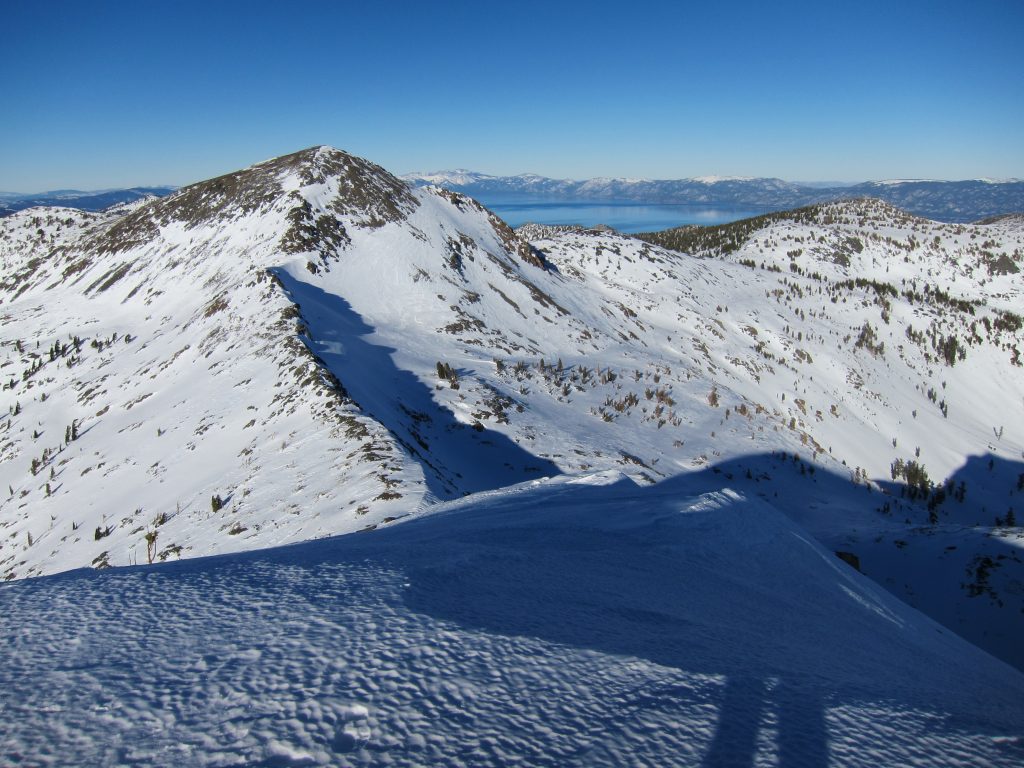 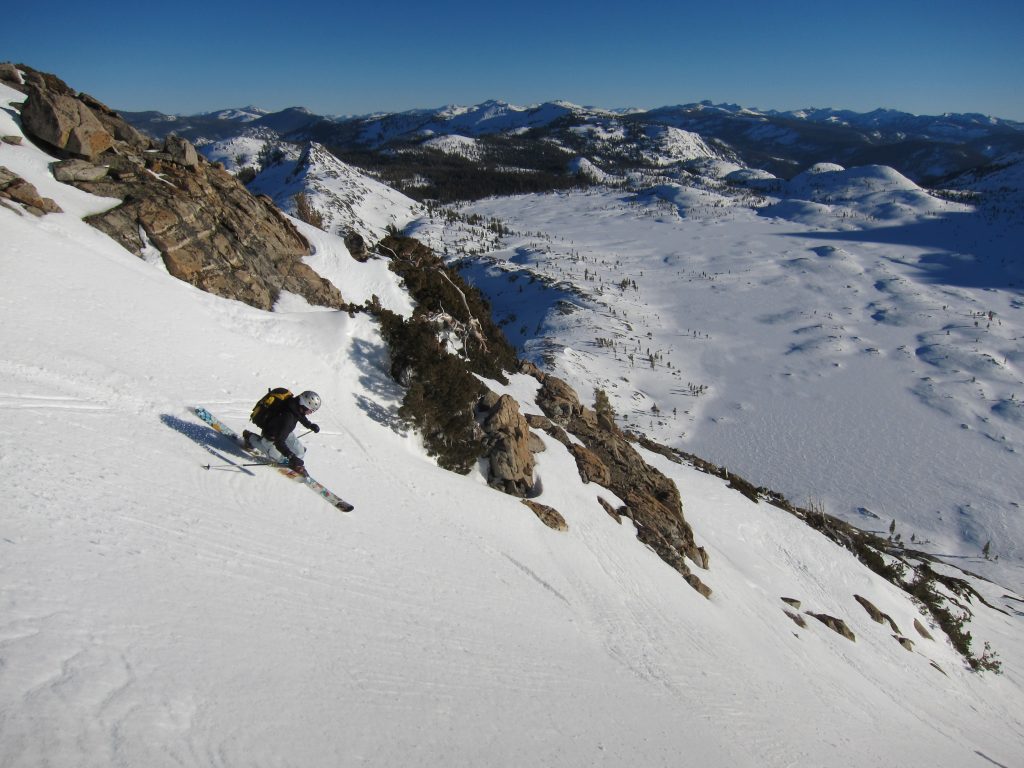 There are many ways to access Dick’s and Jack’s. These include coming from Twin Bridges and Echo Lakes Sno-Park along highway 50, from the south end of Fallen Leaf Lake after the road opens in the spring, from the Bayview trailhead via South Maggies Peak, or from Emerald Bay. Starting from the Bayview Trailhead via South Maggies is the most popular and straightforward approach. From here, Dick’s Lake (the base of Dick’s Peak) is 4.5 miles and 2,200’ of elevation gain away.

If accessing Dick’s or Jack’s via South Maggies from the Bayview trailhead, drive 7.5 miles west of the “Y” in South Lake Tahoe, or 19.5 miles south of the “Y” in Tahoe City. From the Bayview parking, walk 100 yards west along Hwy 89 to the gate and summer trail. Skin up this trail to Granite Lake, and summit South Maggies. From South Maggie’s summit, you will see Janine’s Ridge and Dick’s. Take skins off, and ski west along South Maggie’s mellow ridge toward Janine’s. Contour north around Janine’s Ridge to Dick’s Lake, and see which route looks easiest to ascend from here. Return to Bayview via this same route. Other approach options are longer and flatter, but could be conceivable if trying to ski other objectives along the way, or if making a base camp somewhere like Lake Aloha.